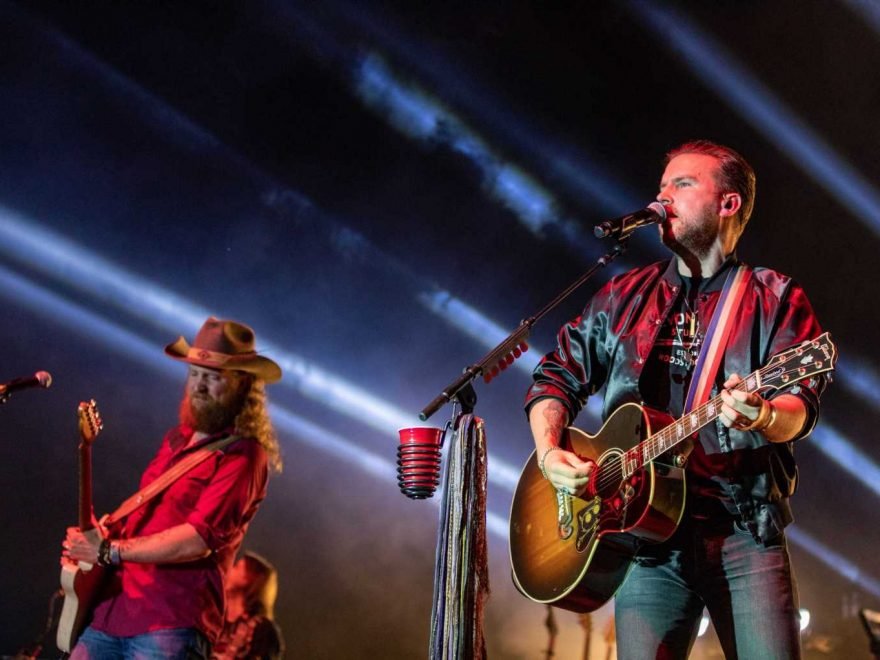 Last February, Brothers Osborne performed three sold-out concerts at Nashville’s Ryman Auditorium, delivering a set of their radio hits like “Stay a Little Longer” and “It Ain’t My Fault” and launching into some prog-country explorations. Now the CMA Award-winning duo are compiling the best from those shows in the new concert album Live at the Ryman.

Arriving via digital release on October 11th, the 12-track LP includes “Weed, Whiskey and Willie,” “Tequila Again,” and “Drank Like Hank” off the Osbornes’ Grammy-nominated album Port Saint Joe, along with “Rum,” “21 Summer,” and “Stay a Little Longer” off their 2016 debut Pawn Shop. The duo’s current single “I Don’t Remember Me (Before You)” is also on the track list.

Live at the Ryman is just the latest concert release recorded at the famous “Mother Church of Country Music.” Old Crow Medicine Show will release their own Live at the Ryman album on September 20th, while Jason Isbell unveiled his Live From the Ryman last summer. Emmylou Harris, Neil Young, and Ringo Starr have also all cut live documents on the Ryman stage.

Brothers Osborne are on the road throughout the summer, opening some dates on Chris Stapleton’s All American Road Show Tour, and joining Willie Nelson on the Outlaw Music Festival when the country legend resumes his own tour in September.