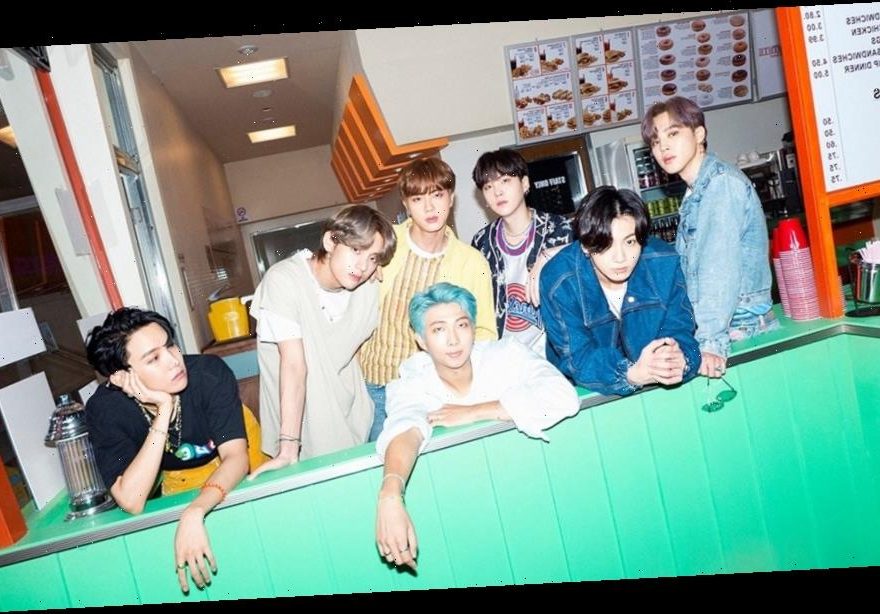 BTS brought more of the “Dynamite” music video to their first performance on the VMAs stage, sporting ’70s-inspired suits and dancing in front of green-screened New York City locations including Dumbo, Times Square and the iconic Manhattan skyline. Earlier in the night, the group was awarded best group and best K-pop artist, winning both awards for the second year in a row. In an unexpected twist toward the end of their performance, the background split into two – leading some to believe they may actually be onstage — but it instead revealed another green screen, which was soon lit up by digital fireworks.

BTS’s latest single arrived six months after the release of the group’s fourth studio album, “Map of the Soul: 7,” which dropped in February. The “Dynamite” music video became an instant record-holder for highest number of YouTube viewers for a video premiere. On Aug. 23, it also set a new YouTube record for views in the first 24 hours of release and topped 100 million views in that time period, topping the prior record holder, Blackpink’s “How You Like That.”

Last year, BTS made VMAs history as the first winner of a new best K-pop category for their single “Boy With Luv.” Their single “ON” was nominated for three categories — for best choreography, best pop video and best K-pop. (The inclusion of the award, however, didn’t come without controversy: fans criticized MTV for relegating K-pop artists to a nationality-based category.)

Watch the full performance below.