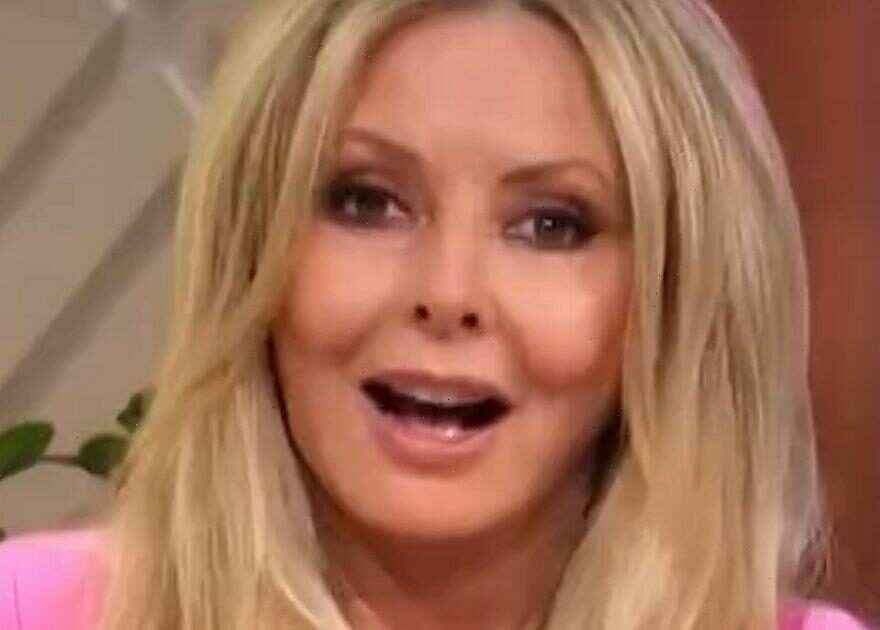 Carol Vorderman has been branded the "hottest woman in the world" by adoring fans as she celebrated 40 years on TV.

The 62-year-old first hit our TV screens in her '20s as she landed her first job in front of the camera in 1982 – and she hasn't looked back ever since.

Vorders shared multiple clips from different jobs she has had, ranging from her time on Countdown to her segments on This Morning.

As she shared the compilation video to Instagram, she wrote: "40 years on the telly this year. Still around doing a bit of telly since 1982 and enjoying it lots.

"On Daily Mirror's Pride of Britain Awards we celebrates 23 years on air… my dear friend Peter Willis created it and we brought it to telly all that time ago. Heck. Still love it."

Carol continued: "Now being a small part of the This Morning family with so many lovely people… it's a total joy."

She also reflected on working on Lorraine, doing a rap on Big Narstie's The Big Narstie Show and working with taskmaster on New Year's Day.

The TV favourite teased she had "so much more" planned in 2023, including a podcast she's kicking off from January 9.

As she wrapped up her post, Carol said: "And thank you for all the lovely messages. Means the world. Happy New Year from me… Vorders x."

Her fans and friends immediately flooded her with praise for her work over the past few years – but one thing that stood out to many was her appearance. One user wrote: "40 years on TV and you're still one of the hottest women in the world."

While another said: "And we all still love you! 40 years of gorgeous TV viewing," with a third fan adding: "And looking better than ever! Keep going."

Carol's clip of her best work projects came hours after she also shared a video of some of her favourite outfit moments of 2022.

The favourite looks consisted of some at casual outfits to ensembles from when she's been on air – and she dazzled in every single snap.