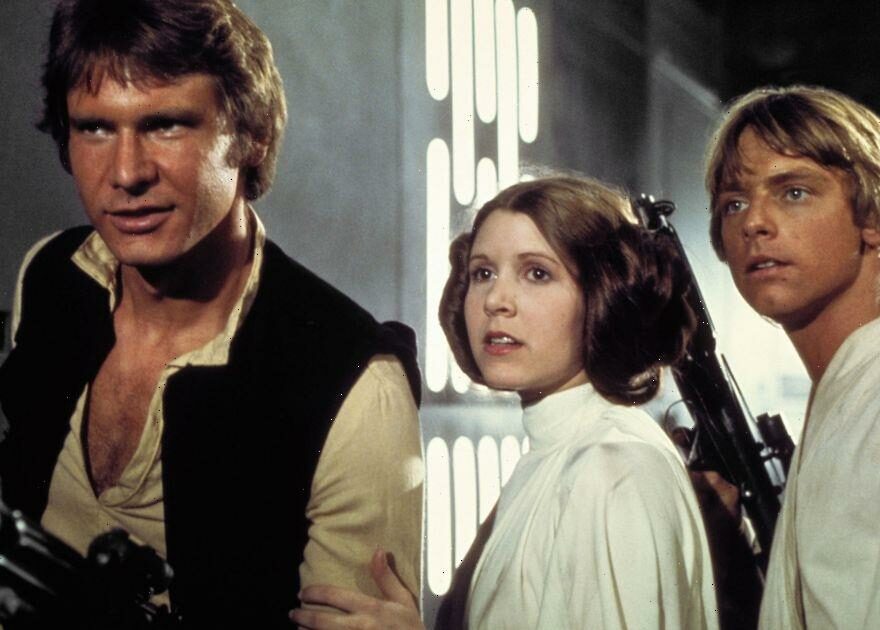 Carrie Fisher became a legendary actress after appearing in Star Wars as the famous Princess Leia.

While Carrie did have other notable work, including projects on The Blues Brothers, Hook and Scream 3, her most famous credits comes from the Star Wars franchise.

Carrie did lots for her fans, including raising awareness on Bipolar Disorder, speaking out about her mental health struggles and addiction battle and even wrote a book to detail her challenges.

Her book, Postcards From The Edge, ended up being turned into a successful dramatic comedy starring Meryl Streep.

The actress had numerous lifetime achievements when she tragically died at 60-years-old, and her death came as a shock to her many adoring fans after she suffered a cardiac arrest on a flight.

As six years have passed since Carrie's tragic death, Daily Star has looked back at what happened around the time of her death – and what was found after.

Thirteen years before Carrie's death on December 27, 2016, the actress made a chilling prediction about her demise.

She had declared that she would be dead by February 2017 – two months later than the date she actually died – and even wrote her predicted date on a cardboard cut out of Princess Leia.

James Blunt, who was close friends with Carrie and made her godmother of his son, was staying at her LA mansion at the time of the prophesy.

At the time of her death he told The Sunday Times of the cardboard cut out which was placed outside his room with her date of birth and her date of death on the back.

He said: "I'm trying to remember what the date was, because it was around now – and I remember thinking it was too soon."

Carrie had a mixture of drugs in her system when she went into cardiac arrest on an L.A-bound flight ahead of her death.

The toxicology review found evidence of cocaine, methadone, MDMA, alcohol and opiates when she was rushed to hospital on December 23.

The results suggested there was an "exposure to heroin" but the exact dose and time of exposure couldn't be pinpointed, therefore it wasn't established as significant in the cause of death.

She once told Psychology Today that drugs made her feel "more normal", and she would often take Percodan, an opioid that, at her lowest point, she was taking 30 of per day.

She told the magazine that she was "lying to doctors and looking through people's drawers and medicine cabinets for drugs".

Fisher was diagnosed with bipolar disorder at the age of 24 after she was sent to rehab following a near-fatal drug overdose.

After finding out about her disorder, Fisher often called for more attention and research on the condition.

Days after Carrie was rushed to hospital on December 3, she went into cardiac arrest once again on December 27.

After 90 minutes of attempting to revive her, Carrie was declared dead just before 9am.

Her cause of death was listed as sleep apnea with other factors including atherosclerotic heart disease and drug use.

At her family's request the cause of her death was examined by CT scans of her body.

Carrie's brother Todd found a letter from his sister almost three years after her death while he searched for Star Wars memorabilia for a museum.

He was looking through a drawer in a desk belonging to his mother Debbie Reynolds – who tragically died the day after Carrie did – and found personal letters.

One of which was from Carrie and he said she must have either written it "long ago because she was doing a story on death, or it was materialised from the beyond."

He explained that Carry was writing as if she was dead and what it feels like.

Part of the letter reads: "I am dead. How are you? I'll see you soon… I would call and tell you what this is like, but there is no reception up here[…]Cut. New scene, new setup, new heavenly location. I have finally got the part that I have been rehearsing for all my life. God gave me the part. This is the end of the road I have been touring on all my life."

He said the letter "blew his mind" and made him incredibly emotional as the anniversary of her death was right around the corner.