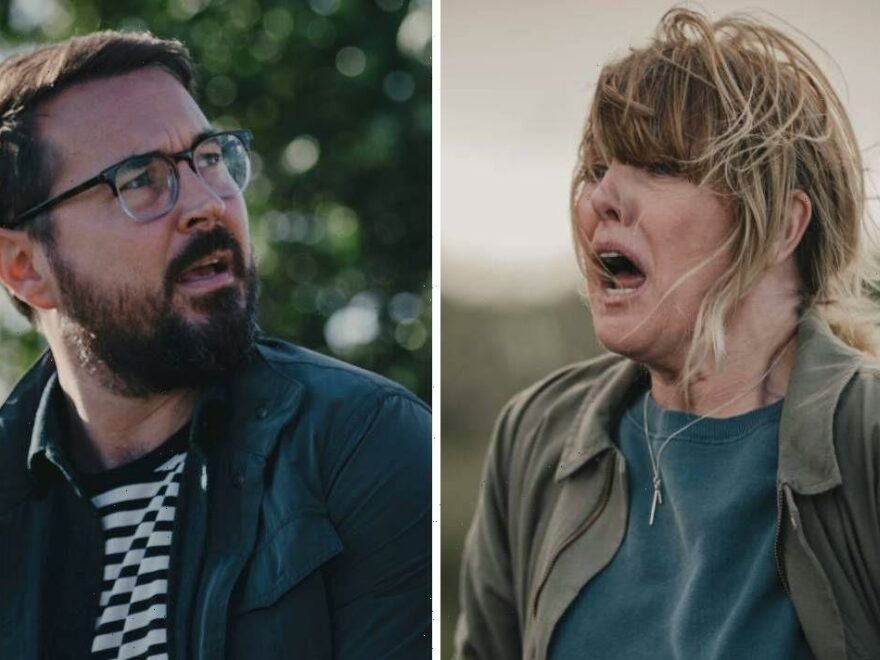 Mayflies is making its way to BBC One as a two-part drama airing before New Year celebrations start to kick off. The series tells the story of a friendship between James (played by Martin Compston) and Tully (Tony Curran), with the latter dying of terminal cancer. Here’s a low-down of where Mayflies was filmed.

Where is Mayflies filmed?

Mayflies is a Scottish drama that was filmed in Glasgow and Ayrshire, from August to October this year.

Film crews were seen in Ayrshire locations such as Troon’s Ballast Bank and Greenan Shore.

Compston and co-star Ashley Jensen shot scenes at Brechin’s Bar in Govan with some of the staff excitedly sharing pictures.

One wrote: “Exciting times last week when we had some filming going on with Martin Compston & Ashley Jensen!!”

Cast and crew were also seen at Bellahouston Park in Glasgow and the country house and arts centre, House for an Art Lover.

To mark the end of filming, Compston took to social media to thank everyone that was involved in bringing Mayflies to life.

He said: “Wrap on ‘Mayflies’! Without doubt the most emotionally charged scripts I’ve ever had pleasure of working on.

“Fantastic cast and crew as ever in thanks to @synchronicityfilms for having me.

“Props to the one and only @tonycurran for leading the charge., sensational performance from the most effervescent nuisance you could ever hope to come across.” (sic)

James and Tully have been friends since 1986 when they left school and went on an epic road trip to Manchester.

30 years later and their friendship is put to the test as Tully reveals he has been diagnosed with cancer and has just four months to live.

He doesn’t want to be killed off unexpectedly and so asks James to help take him to Switzerland so he can die on his own terms.

But will James agree to assist in his friend’s death and how is he going to feel when he says goodbye to Tully for good?

While Tully has asked for James’ help, he hasn’t told his wife Anna (Ashley Jensen) of his plan, although it doesn’t stay a secret for long.

Talking to What to Watch about her character Anna, Jensen said: “She will do anything and everything to keep him [Tully] with her for as long as she can.

“Her strong moral code is challenged when she discovers what Tully’s intentions are but also that his best friend Jimmy has formed an alliance with him and they have been plotting together without her knowledge.

“She is faced with a life-changing choice. Does she go along with it or oppose it?

“The story follows a lifelong friendship that is put to the test and how we can navigate love and marriage and also love and friendship together.”

Mayflies is a two-part limited series that will air on Wednesday, December 28, on BBC One.

The wait for the second instalment will be short as it returns the following day, Thursday, December 29.

As soon as the first episode comes out though, both instalments will be ready to watch on the channel’s streaming service BBC iPlayer.

Mayflies premieres on Wednesday, December 28, at 9pm on BBC One.