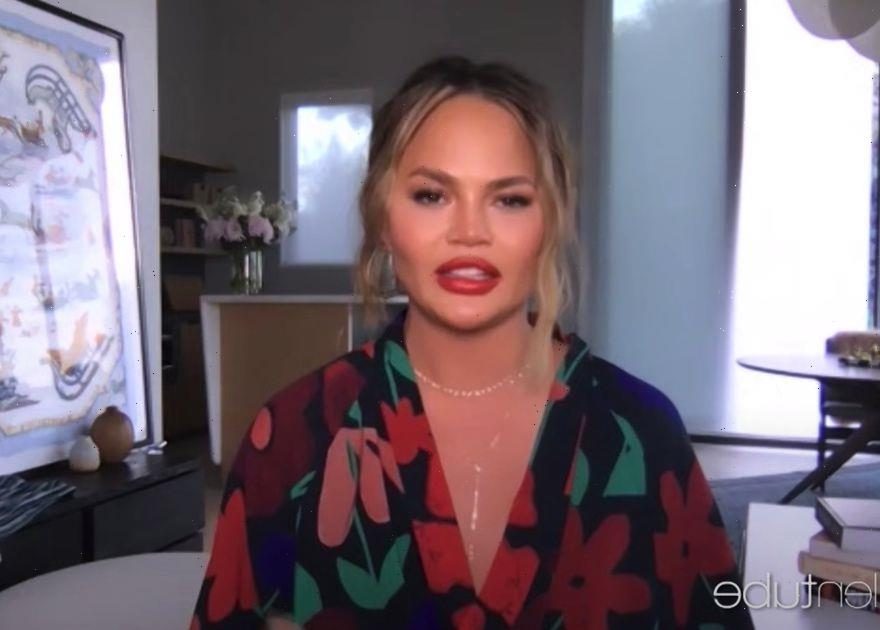 Chrissy Teigen has published a lengthy public apology after being accused of bullying various celebrities on social media.

The 35-year-old model admitted to being a "troll" and has insisted that she is "no longer than person".

John Legend's wife has come under fire in recent weeks for horrible posts on Twitter aimed at the the likes of Courtney Stodden, Lindsey Lohan and others.

She previously told a then 16-year-old Stodden to kill their self.

Teigen began her apology by writing: 'Hi all. It has been a VERY humbling few weeks.

"I know I’ve been quiet, and lord knows you don’t want to hear about me, but I want you to know I’ve been sitting in a hole of deserved global punishment, the ultimate "sit here and think about what you’ve done.

"Not a day, not a single moment has passed where I haven’t felt the crushing weight of regret for the things I’ve said in the past."

"There is simply no excuse for my past horrible tweets. My targets didn’t deserve them. No one does.

"Many of them needed empathy, kindness, understanding and support, not my meanness masquerading as a kind of casual, edgy humor.' [sic]

She continued: "When I first started using social media, I had so much fun with it.

"I made jokes, random observations. Think of all the engineers, working day and night to develop this amazing new platform and technology, connecting people all over the world to learn, create, and find kindred spirits.

"And I used it to snark at some celebrities."

The mother of two wrote that her tweets were borne out of being "insecure, immature and in a world where I thought I needed to impress strangers to be accepted".

"If there was a pop culture pile-on, I took to Twitter to try to gain attention and show off what I at the time believed was a crude, clever, harmless quip," she wrote.

"I thought it made me cool and relatable if I poked fun at celebrities."

She wrote that when she is now confronted with some of her past posts, "I cringe to my core."

"I’ll honestly get sharp, stabbing pains in my body, randomly remembering my a*****e past, and I deserve it," Teigen continued.

She said that the Twitter persona she built as a "bad a** b***h" was not in step with who she was as a person.

The media personality penned: "I wasn’t mean in my everyday life. More than once, someone would come up to me and say, “You’re so much nicer in person.

"Why was that not a huge red flag?"

Teigen added that she wasn't "deserving of sympathy" and that she explained this in order to provide 'context.'

She wrote: "There's no justification for my behaviour.

"I'm not a victim here. The subjects of your sympathy – and mine – should be those I put down."

Teigen claimed that she has changed and matured in recent years.

"The truth is, I’m no longer the person who wrote those horrible things,' the businesswoman wrote.

She added: "Life has made me more empathetic.

"I’m more understanding of what motivates trolling — the instant gratification that you get from lashing out and clapping back, throwing rocks at someone you think is invincible because they’re famous.

"Also, I know now how it feels to be on the receiving end of incredible vitriol.

"Believe me, the irony of this is not lost on me."

Teigen wrote that she hopes to set an example for the two children she shares with her singer husband John.

"The world needs more kindness and love and I want to contribute to it," she wrote.

"I’ve been on a path of self-improvement for the past decade and that path is going to continue."

Also in 2011, Teigen published a barrage of tweets telling then 16-year-old Courtney, who had just married 50-year-old actor Doug Hutchison, to "go to sleep forever".

Earlier this week, Courtney, now 26, revealed that Chrissy "would privately DM me and tell me to kill myself" after publicly tweeting the she wished Courtney would "go to sleep forever" on Twitter.

Teigen has since apologised to Courtney on Twitter despite still having Courtney blocked on social media.

However, Courtney slammed Chrissy's public apology and claimed she never did so "privately" and only did it to "save face."

The publication also report that Teigen has also been revealed she was "replaced on a Netflix show" Never Have I Ever she was due to appear on.

Daily Star has contracted a representative for Teigen for a comment.