After a season of controversy, extended hiatus and the exit of Sharon Osbourne, The Talk is coming back next year.

The renewal of the sometimes rocky CBS daytimer for a 12th season came this afternoon. First appearing on social media, the tweet announcing the renewal was then oddly taken down mere minutes after it went up. Then it was replaced with a new one with a slightly new graphic – as you can see below (can you spot the difference?) 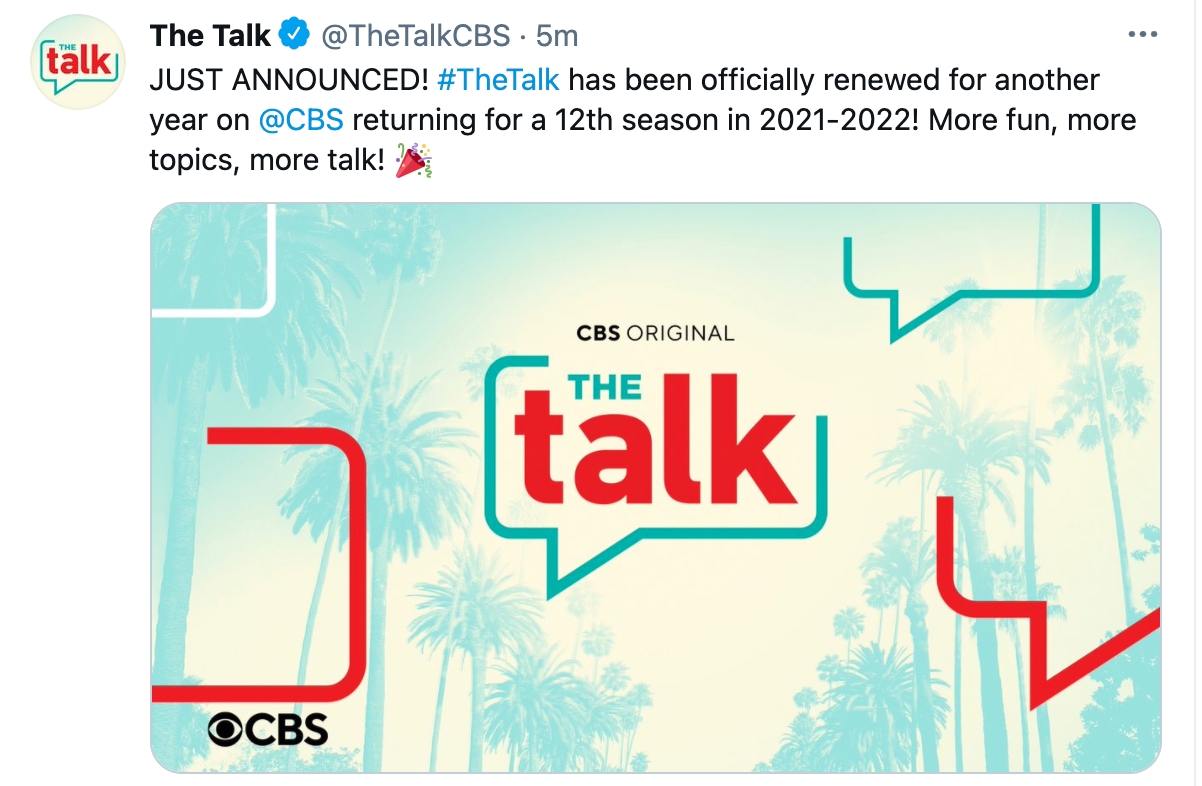 Having first debuted in October 2010, the show now features Carrie Ann Inaba (who also serves as the show’s moderator), Sheryl Underwood, Amanda Kloots, and Elaine Welteroth. As with previous co-hosts, the group discuss the latest headlines, current events, and human-interest stories while engaging in open conversation – sometimes to their detriment.

The last of the original co-hosts, Osbourne  was finally canned from The Talk on March 26 under a heavy cloud of controversial comments about race and a defense of pal Piers Morgan’s high-volume drubbing of Meghan Markle’s royal revelations to Oprah on March 7. Facing further claims of misconduct later, the one-time rock’n’roll manager later went on HBO’s Real Time with Bill Maher on April 16 to kvetch about “disgruntle” ex-colleagues, plus how she was treated and claim betrayals. Ensconced in Maher’s echo chamber, Osbourne also went on to say she didn’t say things that she has been caught on camera saying and declare that she is not a racist.

No replacement has been unveiled for Osbourne, yet by CBS or The Talk itself.

In addition, Inaba in April took a leave of absence from the show in late April “to focus on my well-being.” The Dancing with the Stars judge said she hoped “to be back soon/”