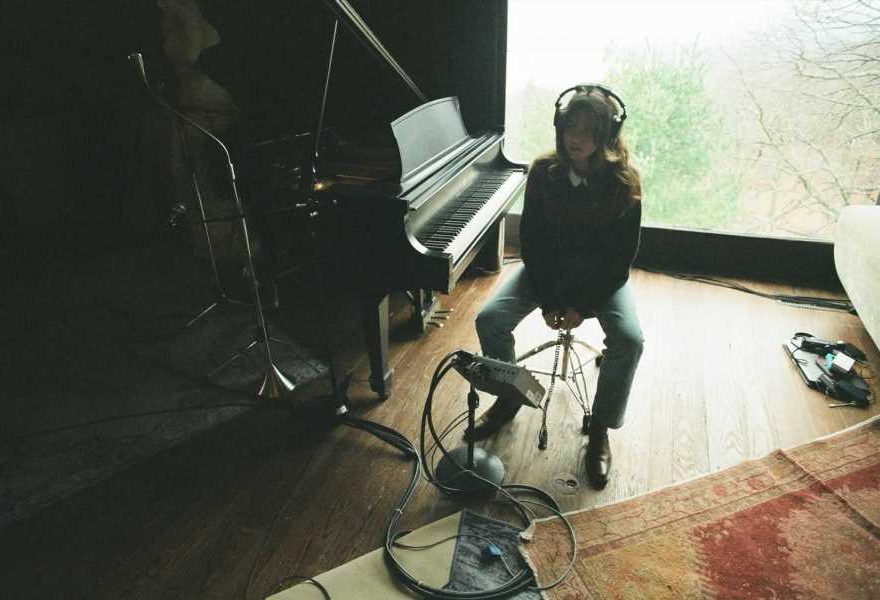 In 2019, Claire Cottrill followed up her viral debut “Pretty Girl” with Immunity, a moving collection of adolescent uncertainty, anxiety, and revelation that introduced Claire Cottrill as a commanding pop storyteller. Two years later, Cottrill, who performs as Clairo, raises the stakes on Sling, her compelling, sharply-focused and musically adventurous second album.

Cottrill puts her own spin on some of the more delightfully predictable trademarks of a higher-stakes second album here: There are the requisite reflections on unexpected and somewhat unwelcome semi-stardom (see “Management”). There’s the expanded instrumental palette–flutes and saxophones and string sections– which Cottrill deploys with grace and subtlety as the album’s co-producer, alongside Jack Antonoff. Could “Amoeba,” one of several songs here that take a cue from the sonically ambitious later work of Figure 8-era Elliott Smith, use a dash of Stevie Wonder-conjuring clavinet? Why not?

At its heart, Sling is a record about simultaneously embracing and remaining horrified by the responsibilities and realities of growing up. “Since when did taking time take all my life?” Cottrill sings on “Just For Today.” She’s singing about a moment of mental health crisis, but the line may as well be a mission statement for Sling, a record about diving into the deep end of the lifelong project of adulthood.  Cottrill applies that swimming pool metaphor herself on “Amoeba,” where she luxuriates in her adult revelations: “I sip and toast to normalcy.” Or there’s “Reaper,” one of the record’s quietly moving centerpieces, where Cottrill’s daydreams about future motherhood are interrupted by her own present-moment anxieties: “I can’t fuck it up if it’s not there at all.”

All the meandering melodies and swirling sounds and musical misdirections on Sling tell their own version of that same story: growing up can be every bit as disjointed and surprising and thrilling as the musical changes on album opener “Bambi” or the fits and starts of the instrumental “Joanie,” and yet sometimes everything falls into place as neatly as the chorus in “Amoeba.”

“I’m old with some resentment,” is the very last line Clairo sings on Sling, coming at the end of “Management.” Like so many of Cottrill’s best one-liners, this one works on several levels; as a 22 year old’s winking joke, as a dead-serious personal statement, as the concluding coda to a concept album of sorts about aging and feeling older than you ought to.