Is Billie Eilish in her psychedelic era? The ‘NDA’ singer rocked a vivid tie-dyed Erykah Badu x Chinatown Market outfit after finishing up a photo shoot in California.

Let’s be honest – Billie Eilish’s color scheme for her upcoming Happier Than Ever album is on the soft side of beige, but the 19-year-old singer was an explosion of color on Tuesday (July 13). (CLICK HERE TO SEE THE PICS) While walking to her car after a photoshoot in Burbank, California, Billie rocked an outfit from the Erykah Badu x Chinatown Market collection. Billie managed to score the tie-dye t-shirt ($50), shorts ($70), and hoodie ($100) before they all sold out. She rocked the whole collection with a pair of Air Jordan Legacy 312 Tech Challenge 2 sneakers in the Hot Lava colorway($195), per Daily Mail, proving yet again that Billie knows shoes. 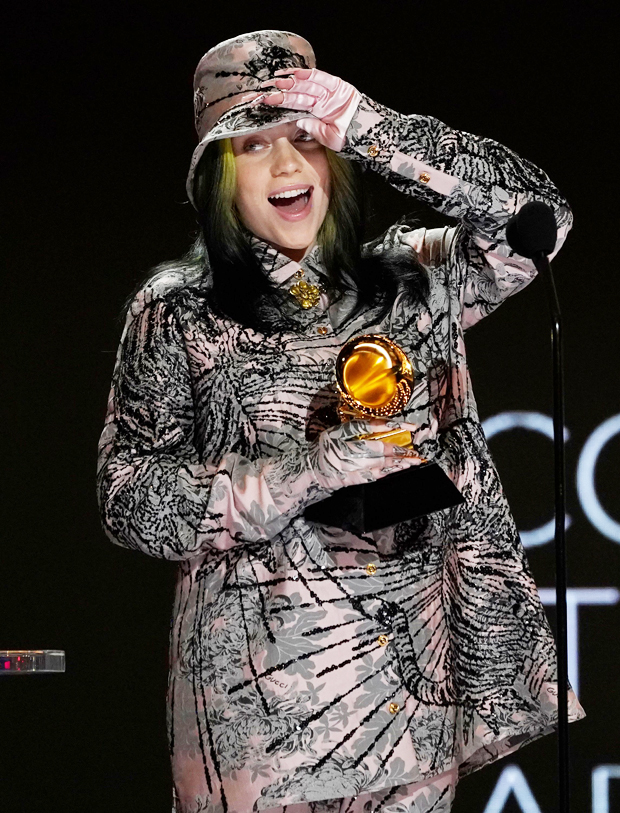 While walking back to her car, Billie took a moment to have a friendly chat with a security guard – perhaps they discussed a mutual love for “Tyrone,” the Erykah Badu song emblazoned on Billie’s outfit. The vivid colors and bright look harkened back to her slime green aesthetic from her When We All Fall Asleep, Where Do We Go? album era. With the “Lost Cause” singer supporting the brand so proudly, will there be a Billie Eilish X Chinatown Market collab in the future?

Billie’s tie-dye outing comes days after she clapped back at trolls who were already calling her upcoming album a flop. In a July 11 TikTok, Billie shared a line she had seen all over the social media platform – “Is it just me or is billie in her flop era? Why does she suck now?” – while she literally rolled her eyes. “Literally all I see on this app,” she captioned her video. “Eat my dust. My tits are bigger than yours.” 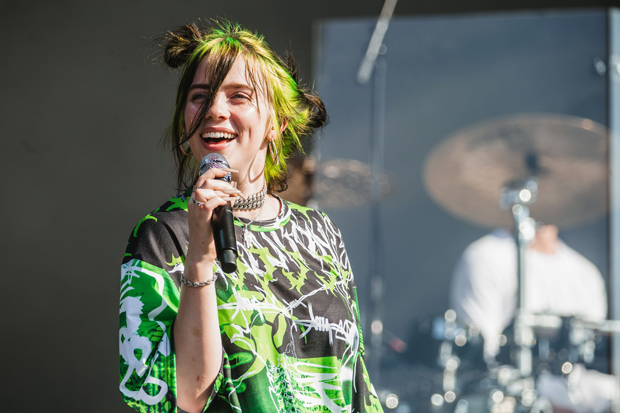 The clapback came after the lukewarm reception to “NDA,” the latest single from Happier Than Ever. While earlier releases (“Therefore I Am,” “Your Power,” “Lost Cause”) seemed to resonate with fans and critics, “NDA” was greeted with apathy. Many compared the beat to the theme song to the popular video game, Among Us. Others said Billie was now a “flop” and were offering to sell their concert tickets. There were some defenders of Billie who argued that TikTok was a bubble and that while younger users are already over Billie, 2021 is “definitely not going to be her flop era.” Fans will have to see if that prediction comes true on July 30, when Happier Than Ever hits all streaming platforms.