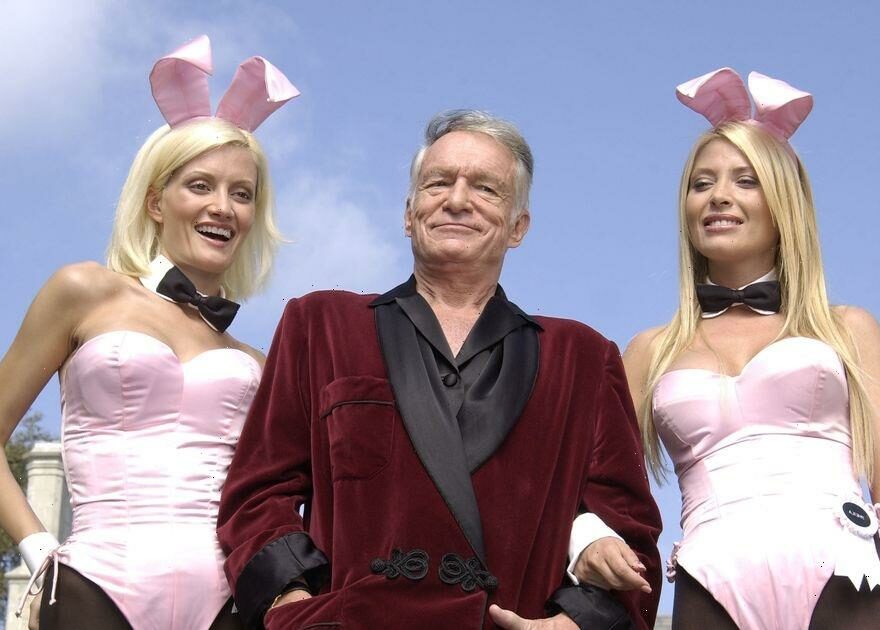 At its height, the Playboy Mansion was one of the most mysterious and sought-after places in the world, the home of the rich, famous and attractive and somewhere most people can barely imagine.

Which is why it's so fascinating when you're given a glimpse inside the 80s-styled walls of the late Hugh Hefner's home.

And two Hollywood stars did just that when cult actor Corey Feldman and Jackass's Steve-O appeared on the latter's YouTube channel Wild Ride! to discuss their experiences of the LA mansion.

The two men revealed how they had met each other for the first time at the Playboy mansion in around 2002.

In the video Steve-O recalls being thrown out of the Playboy Mansion for drug use, while Feldman also revealed Hugh Hefner's own approach to narcotics.

"I think I was doing cocaine really blatantly out in the open."

Feldman tells how Hefner wasn't a fan of Class A drugs, although he claims the magazine mogul, who died aged 91 in 2017, used quaaludes, a drug made famous by The Wolf of Wall Street.

'Ludes', as they were known, were sedative pills prescribed by doctors, but in the late 1960s and 70s people started using them recreationally because of their 'sleepy high' effect.

"You never saw him touch anything really. He was a fan of the quaaludes. He had a special doctor which took care of his special needs."

Feldman said he gained Hefner's trust and went from an occasional visitor to a regular at the mansion.

He said: "I went up to one of the big parties and five years later went back for a movie night.

"I then got invited to an afternoon and Hef liked me. He said 'you are a cool guy. If you want to come any day of the weekend you are welcome'.

"So I was added to the permanent list every Friday, Saturday and Sunday and I would bring three or four girls.

"Once I got divorced I was up there quite frequently with three or four girls."

Feldman told the show he would only ever bring his own girls to the parties and would stay away from Hefner's girlfriends.

He added: "I didn't want to take sand from the beach. I knew if I was I wouldn't be invited back very often. I respected the boundary. These were his girlfriends. Stay away from his girls.

"We watched movies, had fun, stayed away from his girls."

Hefner, who died five years ago, set up the Playboy Mansion, buying a property in the Holmby Hills area of Los Angeles in 1971 for around $1 million.

It soon became famous for its wild parties which attracted some of the most famous faces in Hollywood.

At the centre of the regular gatherings were the bunnies who kept the guests entertained.

One of the most famous guests to have been invited to the Playboy Mansion during the 1970s was Elvis Presley who reportedly spent a memorable night with eight bunnies.

What went on behind those doors remains a mystery but his antics impressed the host so much, Hefner sealed off the room and rebranded it the Elvis Suite.

It's said only Elvis was allowed to stay in that room afterwards, and it remained closed off even after his death.

The grotto had a swimming pool and housed a private hot tub.

The waters were regularly filled with bikini-clad women and rowdy party guests all out for a good time.

After Hefner's death in 2017 the mansion was left to rot.

To stay up to date with all the latest news, make sure you sign up to one of our newsletters here

Hefner had sold it the year before to billionaire Daren Metropoulos for $100 million but was allowed to carry on living there.

After he was gone, reports emerged that the house had been stripped bare with looters taking everything from the pictures on the walls to the bed sheets and sex toys.

The Playboy Mansion's famous grotto was also said to be left damaged with pieces of rock chipped away from people looking for a souvenir.

But last year it was reported that the new owner had started to give the mansion a much-needed makeover and he said he would bring it back to its former glory.