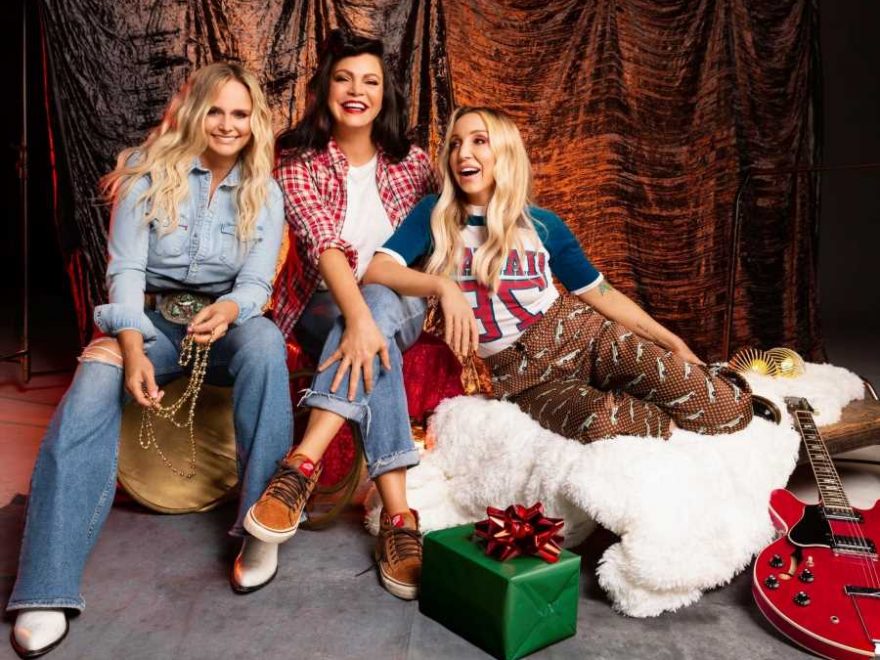 Let’s face it: This Christmas season is shaping up to be less than a beaut, Clark. Fortunately, there’s some new country and Americana recordings to dull the pain. Some extol the virtues of simply getting drunk or stoned, while others look to brighter and more clear-eyed days ahead. Here’s your must-hear holiday playlist.

Katie Pruitt is finding a little spark in “Merry Christmas Mary Jane,” a languid blues-rocker that celebrates the power of a good joint to chase away the holiday blues. “If the fire’s blazing, why can’t I?” Pruitt sings. Merry spliffs-mas to all, and to all a good high!

M.C. Taylor — a.k.a. Hiss Golden Messenger — reimagined the idea of a holiday album with the melancholy yet hopeful O Come All Ye Faithful, a collection of hymns and originals. “Grace” is a standout of the latter, a reassuring song about lighting a candle for those who grieve — which, this season, is pretty much all of us. (Check out the dub version too, jammy, jazzy and transformative.)

Morgan Wade’s voice is the thing that really shines in her cover of the Bing Crosby standard. Rather than the raspy edge of her breakout single “Wilder Days,” Wade sings the chestnut in a soft croon that leaves plenty of space for her trademark Virginia drawl but also ratchets up the wistful feeling of homesickness.

Pistol Annies, “Hell of a Holiday”

The country music trio of Ashley Monroe, Angaleena Presley, and Miranda Lambert put their signature rowdy spin on the holidays with this original song, the title track of the group’s debut Christmas record. “Happy, spooky, merry, ya’ll it’s here/Santa better get his butt in gear,” Lambert sings, a wry nod to the yuletide season starting earlier and earlier each year.

Amanda Shires, “What Are You Doing New Year’s Eve?”

One of a handful of Americana Christmas projects this year, Amanda Shires’ For Christmas includes a lilting version of the post-Christmas staple “What Are You Doing New Year’s Eve?” that’s built around an airy, almost-jazzy arrangement of piano and brushed drums. It’s melancholy, playful, and bittersweet all at once.

No one in Nashville does Christmas quite like Brett Eldredge. In his latest yuletide original, he swings like Frank and pours like Dino, delivering a big-band blast of seasonal escapism.

The N.J. singer-songwriter takes the namesake of his latest holiday collection from this 19th-century carol, presented here as a hushed folk-punk lullaby. When he belts those two words — “night divine” — at the song’s conclusion, it feels like a Christmas Eve at the Stone Pony.

Leave it to Lori McKenna to write a poignant Christmas song about country-music dreamers. “Still Christmas in Nashville” appears on McKenna’s new holiday EP and depicts a series of musicians scraping by through the final days of the year. “It don’t hardly snow, but it sparkles still,” McKenna sings about Music City. She’s right: Those big hopes and dreams don’t take a break, even for Christmas.

Emily Rose, “Have Yourself a Merry Little Christmas”

“Have Yourself a Merry Little Christmas” is the most bittersweet of all Christmas songs — full stop. And Emily Rose knows it. The New Jersey-born vocalist delivers an appropriately forlorn rendition that leaves you longing for better times, yet still grateful for what you have.