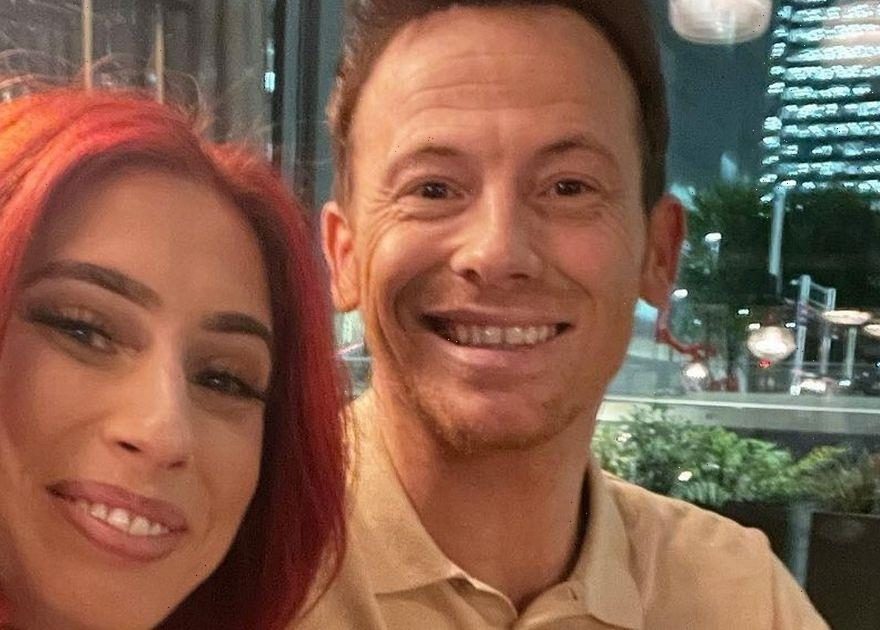 Stacey Solomon has proved that it's the little things at this time of year that can really make us feel warm and fuzzy.

The Loose Women panellist, 32, shared a heartwarming video with her social media followers on Thursday which showed her fiancé Joe Swash dressed as Father Christmas.

Over the last few days, Stacey has been readying for the moment as she transformed a mundane garden shed into a festive heaven to die for.

She got to work with painting the shed bright blue, adding a red post box and glitzy Christmas style detail to finish.

The famous twosome then surprised their eldest son Rex with a special visit from Santa – in their very own homemade magical grotto. Soap star Joe, took the role of old Saint Nick very seriously and looked unrecognisable as he slipped into the traditional red velour attire – complete with belt, beard and round glasses.

The sweet moment overwhelmed mum-of-four Stacey who decided to make an entire reel devoted to the special moment.

Sharing the clip, she penned: "A very special someone came to visit Rexy tonight and it was just the best evening ever." Adding a quip about her husband-to-be's look, she remarked: "It was his belt for me. And his Nikes," followed by a number of laughing emoji faces.

On the next slide of her story, she told Instagram fans: "I had to make a reel and I want to watch this forever and ever…'

The excitement all proved to be too much for little Rex who fell asleep in Father Christmas' arms and was carried up to bed. Later on in the evening, it appeared the Eastenders star was getting his money's worth out of the festive suit.

Sprawled out on the sofa still dressed from head-to-toe in red velvet, Stacey Joked: "Santa has gotten far too comfy at Pickle Cottage… who does he think he is?"

Stacey and Joe recently expanded their blended family two months ago when they welcomed their first daughter Rose into the world in October.

They also share son Rex together while Stacey has two other children Zach, 13, and Leighton, nine, from former relationships and Joe also has son Harry, 14, from a past romance.