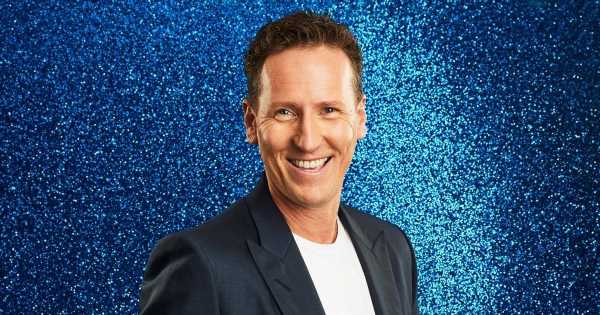 With Dancing On Ice returning to our TV screens next Sunday, Brendan Cole – ex Strictly Come Dancing professional – has opened up about what it's like to train as a contestant for the popular skating show.

Taking to Instagram, he uploaded a video with a caption that read: " 9 more sleeps. #dancingonice Just an update… All going great.

"Wish. I could post some videos but I don’t want to give the game away. @vanessabauer_skates is the most amazing partner and is having to put up with me.

"Just been talking to @thezoec about it all to the point she had to atop me as I’d been talking so long! She needed a pee!!! Back on the ice first thing in the morning!."

In the video, Brendan could be seen sitting in front of a cosy fire with a glass of white wine in his hand, before speaking directly to the camera to give his followers an update.

He started by saying how he doesn't usually do these sorts of videos before saying: "Me and Vanessa are going full on, it's really exciting.

"We've got all of the coaches there as well," before listing the judges and coaches who he has been working with from the show.

The ballroom dancer then reiterated that the whole process leading up to the live launch is: "really full on".

"The tension is building," he continued, before saying: "We're going to be live next week, which is really exciting".

Brendan also said that he's expecting to feel "ridiculous nerves next week" when the show returns to our screens on Sunday, January 16.

He went on to give fans a glimpse into how training is going, saying that he had a "great day on the ice," and the "routine feels amazing," before saying that it is set to be a "powerful performance".