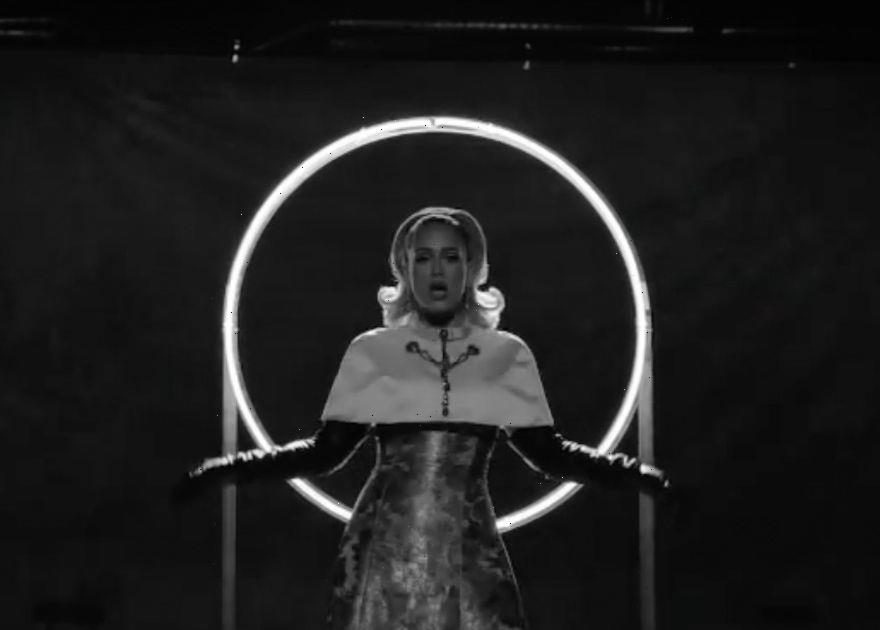 Adele has delighted fans by sharing a teaser video for her up-coming single Oh My God.

The singer captioned the post with: "Rested and Re-Set! Feeling ready for 2022, there’s so much coming, I’m excited for you all to see it x”

The 15 second black and white clip shows Adele in a glamorous floral satin gown which shows off her small waist. The Rolling in the Deep singer teamed the dress with long gloves and a cape.

Appearing in-front of what appears to be a huge selfie light, Adele raises her arms in a majestic fashion, perhaps channelling her inner Lady Gaga or Madonna.

The clip is super brief, but fans don’t have to wait long to see the full version as the release date is 12 January.

Adele had an incredible 2021 with the release of her first new music since 2016. Not only did she go straight to the top of the charts with her first single from her new album, Easy On Me, but she also claimed her fourth consecutive number one album.

While working on her music, Adele was also privately undergoing a transformation. The pop-star shed seven stone while getting into shape, and revealed her new figure in an Instagram post to mark her 32nd birthday.

Following her divorce in 2019, the young mum had made the decision to lead a healthier life style for her nine-year-old son Angelo.

A source told People magazine: ''She knew she had to change something, because she wants to be the healthiest mom possible.

“Her whole focus during the weight loss journey has really how been all about how she can be healthier and how can she treat her body better,

They continued: “Her weight loss happened because she has cut down drinking and is eating more real food. But she now loves her physical transformation too. She is more confident, dresses differently and she just seems happier overall.” Adele has an upcoming residency at the famous Caesers in Las Vegas which will see her playing live weekends between January and April 2022. It's reported she'll make an average of over $2 million per show.

For all the latest celebrity updates, sign up to OK!'s daily newsletter.