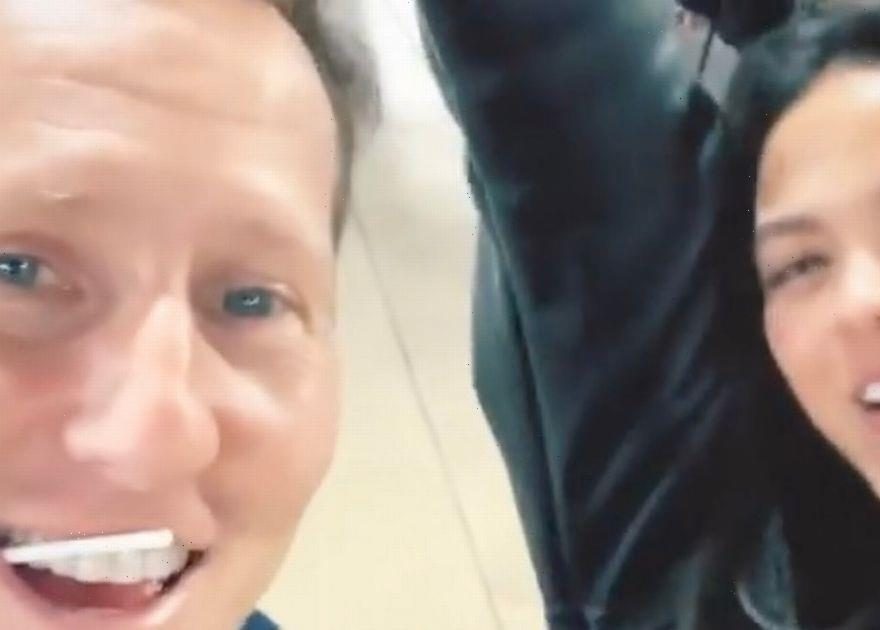 Dancing On Ice star Brendan Cole and his pro partner Vanessa Bauer slammed into the ice in a nasty fall during their training session.

Ex Strictly pro Brendan was seen attempting to lift Vanessa, 24, but he lost his footing and slipped, causing the pair to crash into the ice.

Luckily, there was someone on hand to help the duo in case of an accident but the pair escaped unharmed.

Vanessa shared the video of the accident on her social medial for fans to see.

She wrote: "Another one," suggesting the pair had faced several falls.

She added: "This Dancing On Ice thing is not easy!"

Vanessa announced her partner for her fifth series of the ITV competition by sharing three snaps of the duo.

She wrote alongside the photos: "We're both incredibly excited about this new partnership and can't wait to go above and beyond to hopefully deliver some magic on the ice for you!

Brendan boasted he's got a "massive advantage" over his rivals due to his Strictly dance skills.

From 2004 to 2018, Brendan was a pro dancer on the BBC One show Strictly Come Dancing and he believes his background with dance will help him win.

Brendan said: "Yes I have an advantage, I’ll hopefully pick up choreography quite easily.

"There’ll be certain things I won’t have to think about working on in the week, because hopefully they will be naturally there…

"But I like to think, as I did with Strictly, you start in a certain place and it’s not where you finish, it’s about where you start and your progression.”

The new series of Dancing On Ice kicks off early in the new year.