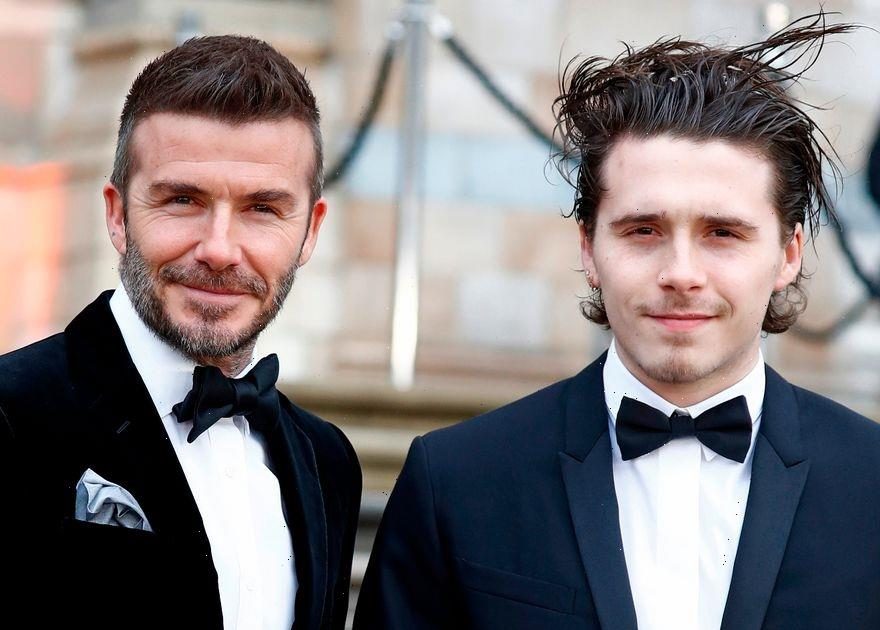 Football star David Beckham said he regrets not keeping his son's lavish wedding present for himself.

The couple, who started dating in October 2019, reportedly splashed over £3 million on the wedding which saw guests such as tennis legend Serena Williams and Desperate Housewives star Eva Longoria attend.

Although the newlyweds requested donations to the Ukraine crisis appeal instead of wedding presents, dad David could not resist getting the couple a gift, the Daily Record reports.

The 47-year-old, who celebrated his birthday yesterday, got the happy couple an electric 1954 Jaguar, which he drove to the ceremony.

The former England captain has now taken to social media to voice his regrets after giving away the baby blue XK140, which had been converted to electric by restoration and electrification company Lunaz.

In a birthday message to wife Victoria, he shared a photo of him in the Jaguar sitting alongside the Spice Girl singer.

He wrote: "Should have kept this car, it's soooo good @lunazdesign, please make me one. Happy birthday mama, @victoriabeckham."

The car was the result of a 120 strong team of craftspeople, designers and technicians and was built entirely in-house at Silverstone.

Founder & CEO of Lunaz David Lorenz, said: "In creating this beautiful, electrified Jaguar XK140, we are honoured to bridge the gap between David Beckham’s professional life, where he is an investor in Lunaz and his family life.

"This remarkable car is the perfect gift to his son Brooklyn and daughter-in-law, Nicola on their wedding day.

"In every respect, this extraordinary electric classic car by Lunaz symbolises a bright, positive future."

David wasn't the only one who decided to present the pair with a special gift.

The shoes are adorned with sentimental drawings and messages, including her grandmother's nickname "Bunny", butterflies, roses and a replica of Brooklyn's cherub tattoo.

Following the wedding, Nicola and Brooklyn said they were devastated by the ongoing conflict in Ukraine.

In an emotional social media post, the bride said: "My dad spoke about this in his speech at our wedding.

"Me and Brooklyn are devastated about what is going on in Ukraine and have asked for donations to CareOrg in lieu of wedding gifts. Anything helps."