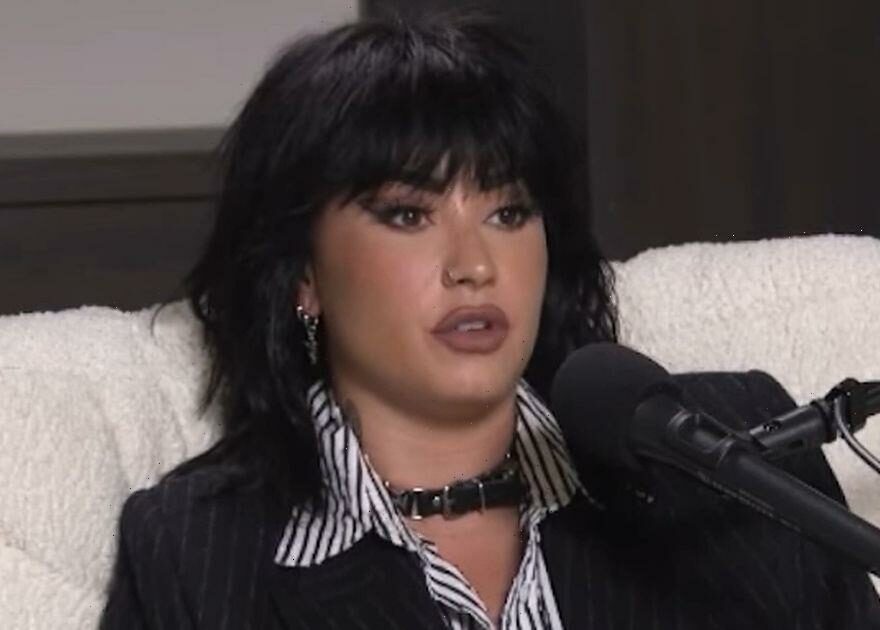 Chart-topping singer Demi Lovato revealed that their eating disorder got so severe that their team "barricaded" them in a hotel room.

The former Disney child star appeared on a recent episode of the Call Her Daddy podcast hosted by Alexandra Cooper, where they opened up about their struggles with mental health.

Demi, who recently revealed they would be using she/her as well as they/them pronouns, has been open about her experiences with substance abuse in the past.

Talking to podcast host Alexandra, the singer shared that her management's control over her and her health led to them suffering their publicised drug overdose in 2018.

Demi said: "It actually exacerbated my eating disorder to the point where I became bulimic again. From 2016 to 2018, I was dealing with that.

"I've never talked about this before, but there was one time when I had binged and purged one night. I came clean to my team and said, 'hey, this happened.'"

The singer then explained how they'd snuck out of her hotel room because they weren't allowed to have a phone as they could have called room service.

They explained: "After I told them what had happened, my security guard walked by my room and was made aware that they had built, they'd like barricaded me into my hotel room.

"They'd put furniture outside of my door so that I couldn't get out, and sneak out and eat if I wanted to. So it was that level of controlling when it came to my food, which just made my eating disorder worse."

The former Disney actress has been open about their eating disorder for years.

In 2011, they opened up about their struggles in Seventeen magazine.

In 2018, Demi suffered three strokes and a heart attack which left them with brain damage following a devastating overdose.

They were rushed to a Los Angeles hospital after being discovered unresponsive at her home in the Hollywood Hills area.

Demi said: "I started experimenting for the first time when I was 12, or 13. I got into a car accident, and they prescribed me opiates."

If you or anybody you know has been affected by this story, you can visit Frank, for free support, as well as help finding a local support group. You can call them on 0300 1236600, or visit their website, here.