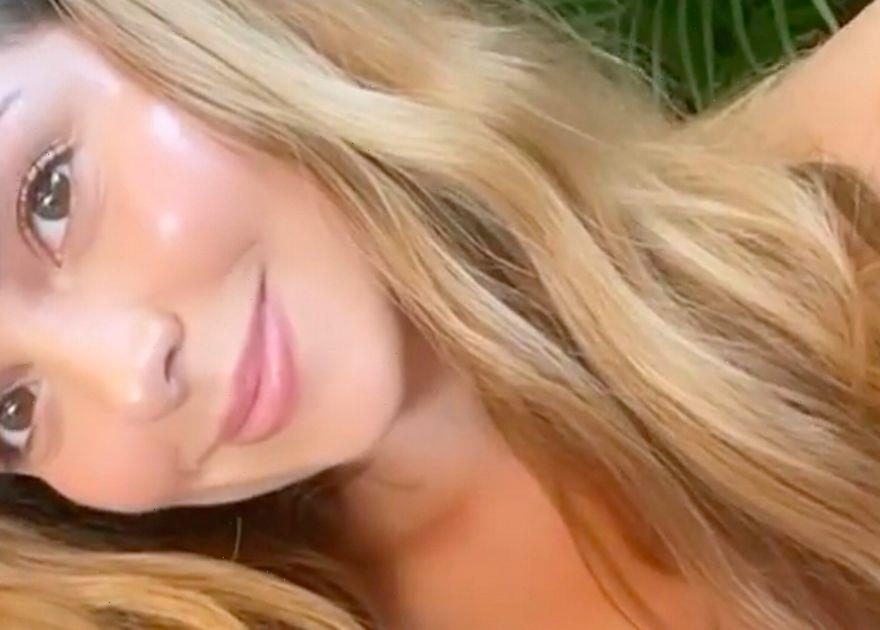 Curvaceous queen Demi Rose Mawby showed off her killer curves in a tiny pink bikini in her latest Instagram post.

The 26-year-old model flaunted her figure in a series of video posts to her story on the social networking site as she showcased her ample assets.

The PrettyLittleThing ambassador left little to the imagination as her perky cleavage squeezed into the barely there marbled triangle bikini top.

Demi Rose smiled with her sun-kissed skin and highlighted hair adding to her healthy glow as she posed for the camera in the clips.

The social media star smirked in one clip as a voice in the background was heard ordering Margherita cocktails to the room in a mystery location.

The beauty never fails to turn up the heat, and her latest snap was no different as she oozed natural beauty while her curled long locks fell beside her chest in the sizzling shot.

Demi, who has modelled for years, has previously spoken out about how her modelling career helped her overcome the horrific bullying she suffered when she was younger.

Speaking to Radio 1 Newsbeat she confessed: “I always wanted to get into modelling and when I eventually got there I classed it as a blessing because I grew up being bullied and didn't have many friends at all.”

The beauty, who has an impressive 17.4 million followers on Instagram, rose to fame in 2016 when she was rumoured to be dating Kylie Jenner's ex-boyfriend, rapper Tyga.

Although it looks as though she's living care-free through her Instagram while sunning it up in lavish locations, she confessed that the past few years has been a struggle for her, only heightened by the pandemic.

In 2019 both of her parents died just seven months apart and she was left coping with the aftermath as the UK went into lockdown due to the Covid-19 pandemic.

Talking about the difficulties she faced at the time she admitted it was a period of "reflection" for her.

She said: “Having to deal with my parents' house and selling their stuff – it was a really sad place for me.

“I wanted to go and travel but I had three months in London, which was a lot of facing what I had been through and was a time of reflection.”