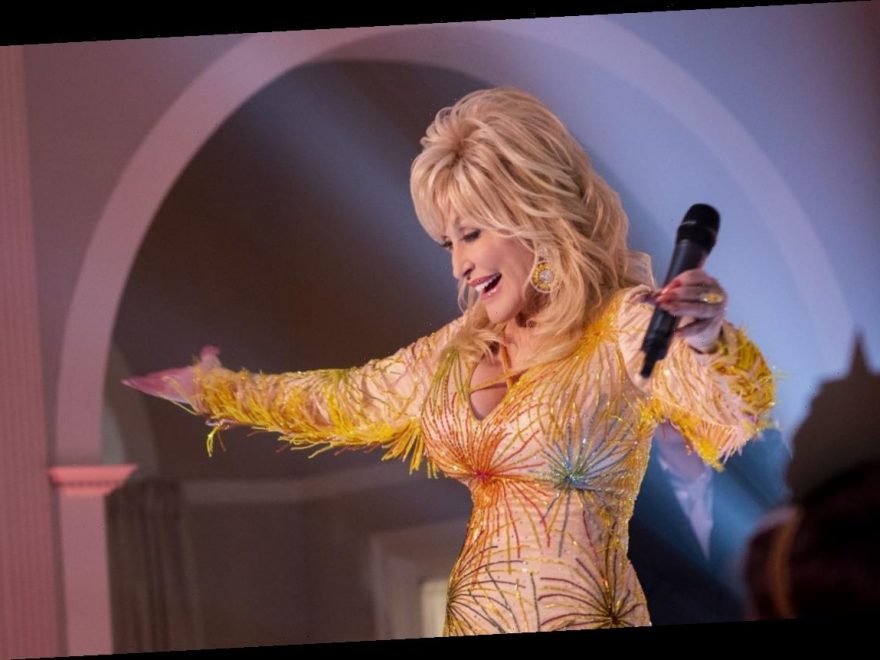 Dolly Parton gets inspiration for her music from everywhere. She writes about the sources of her songs in the upcoming book Dolly Parton, Songteller: My Life in Lyrics. Many Dolly fans may already know some of these stories. Songs like “Jolene” are too famous not to know.

Parton appeared on The Oprah Conversations on Nov. 13. Winfrey asked Parton more about the “Jolene” story, and it’s still waiting for an ending.

In 2008, Parton told NPR the story of how she wrote the song. She met a young girl in the middle of one of her shows.

Parton told Winfrey that she got the name from that young autograph seeker, but the story of the song from her husband.

That’s how you write songs. Of course, I had to change the name to protect the guilty but when I wrote the song Jolene, I thought what am I going to tell this about? There was a beautiful girl at the bank that I was a little jealous of. It was innocent on his part. He’s a flirt anyway but that’s all right. So am I. But I thought well, I’ll write this story about that little flirtatious theme. So I make jokes about her all the time. Even though I’d chosen that title because it was a beautiful name, you always have to have something to write about.

Since Parton recorded and performed the song, several Jolenes have claimed to be that girl. Parton is still waiting for one who can verify the details of the story.

“I’ve had several letters from different people and they’ve sent pictures,” Parton told Winfrey. “They didn’t seem to match up to that but someday I will find her. I will find her.”

Until then, there are a lot more Jolenes in the world thanks to Parton’s song.

“I have a lot of Jolenes,” Parton said. “Some reporter somewhere in our area in TN there’s a girl named Jolene and I always have people come up to me and say my name’s Jolene. My parents named me after your song. So yeah, there’s a lot of Jolenes named after the song. It’s a good name. Actually, it’s a beautiful name.”