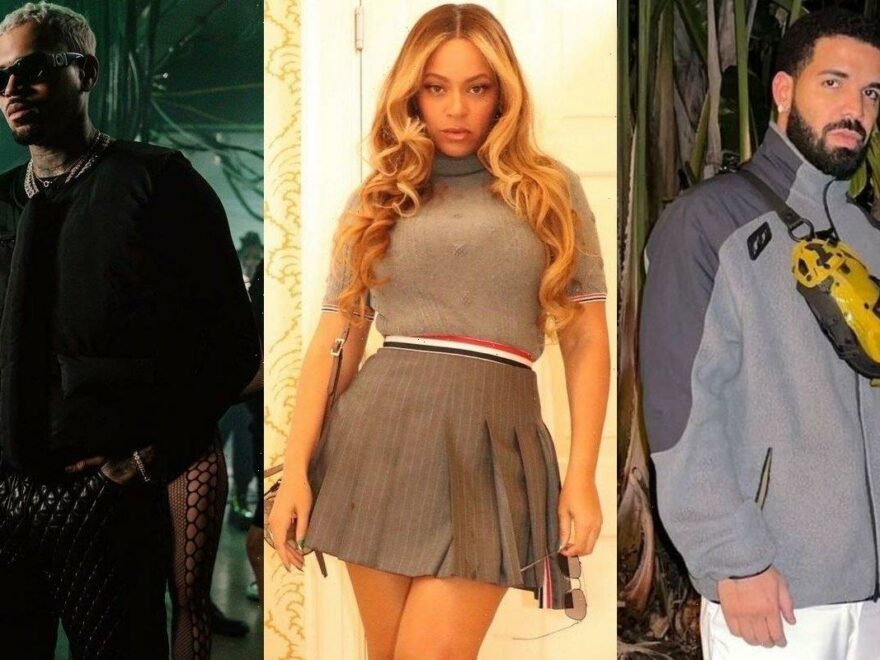 Drizzy, Queen Bey, and Breezy are joined by the likes of Stormzy, Lizzo, Cardi B, Megan Thee Stallion, Nicki Minaj, and Jack Harlow as nominees for the February 28 event.

AceShowbiz –Drake, Beyonce Knowles, and Stormzy top the nominations for the Urban Music Awards 2023. Celebrating the popular genre, the prestigious event returns on February 28, 2023 at the Porchester Hall in London.

The three artists are all vying for the coveted Best Album prize for “Her Loss” (with 21 Savage), “Renaissance”, and “This Is What I Mean” respectively. They are joined in contention for the award by Little Simz‘ “No Thank You“, Knucks‘ “Alpha Place“, Kojey Radical‘s “Reason to Smile“, Chris Brown‘s “Breezy“, DJ Khaled‘s “God Did“, Cleo Sol‘s “Mother”, and Dave‘s “We’re All Alone in This Together“.

The ceremony will air on VooVix TV, which has also announced it’s re-launching its flagship reality TV show, “Britain’s Next Urban Superstar“. Auditions take place in London on February 13, and the finalists will be announced at the UMA’s on February 28.

Founder and President of the UMA’s, Jordan Kensington, commented, “The UMA’s at it’s core has always been about mentoring, nurturing and assisting the next generation of artists as well as celebrating the present class of amazing breakthrough talent.”

“2023 marks 19 years of tenacity, hard work and perseverance. To see the aftermath of urban music becoming the new popular genre worldwide is a huge dream we had 19 years ago. We are both excited and pleased that hard work and consistency paid off.”

Voting for the 19th annual Urban Music Awards is now live until February 20 via www.urbanmusicawards.co/voting, where a full list of the nominations can be found. Tune in on February 28 to catch all the action live on VooVix TV or book your tickets via www.eventbrite.com.