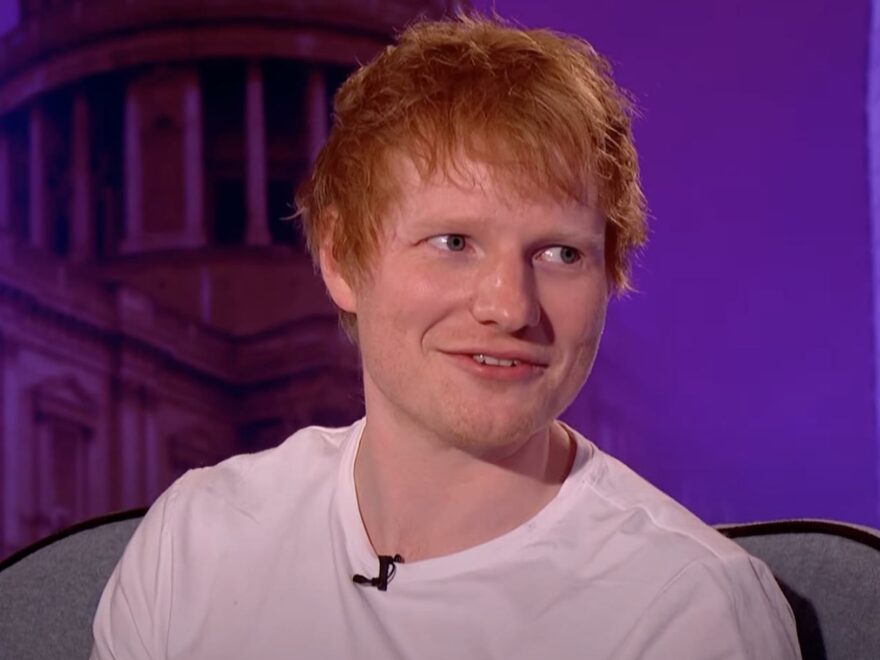 Ed Sheeran revealed in an interview on the Late Late Show that he will tour the U.S. in support of his latest album = — but don’t expect the trek to make landfall here in 2022.

Sheeran — who is currently in the midst of a Wembley Stadium residency — added, “I’m super excited to bring this tour, it’s an insane-looking tour. We basically planned it from the end of the Divide Tour, because it was sort of well-publicized that it was the most people had gone to this tour, so I was like if we come back, we have to do all bells and whistles. The stage is nuts… there are fireworks and flames, there’s a band, it’s a whole thing.”

Corden then pressed Sheeran on what three tracks will probably remain setlist staples for the rest of his career: “Perfect,” “Bad Habits,” and “Shape of You,” the singer said.

Before Sheeran could reveal more about his upcoming tour plans, Corden steered the conversation to fellow guest Vin Diesel and the actor’s hilarious, yet impressive, British accent.