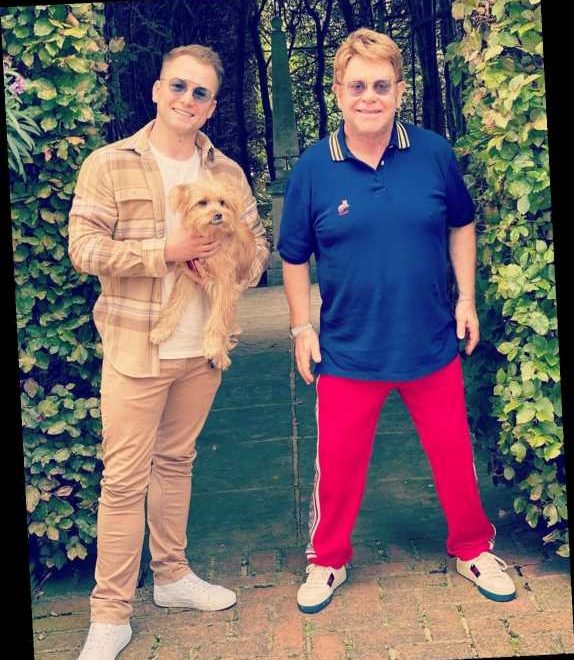 Elton John shared a sweet photo on Instagram alongside Taron Egerton, who played him in the star's 2019 biopic after having lunch in John's garden.

"Lunch in the garden with this lovely man," the singer, 73, wrote. "We haven't seen each other since the Golden Globes. Love him so much ❤️🚀."

Lunch in the garden with this lovely man. We haven’t seen each other since the Golden Globes. Love him so much ❤️🚀 @taron.egerton @rocketmanmovie

The last time the two connected was at the Beverly Hilton in Beverly Hills, when Egerton took home the Golden Globe for best actor for his role as John in Rocketman.

Late last year, the Welsh actor spoke to PEOPLE about the surprising things he learned about the rock star.

"There's a lovely quality of vulnerability that he has," Egerton said then. "Sometimes, even now, he can be uncertain of himself, even with all of that massive success and all of those accolades, all that universal acclaim."

He adds, "It's a weird kind of duality. He can be incredibly kind of gregarious and confident, but in the same instant he can also seem very vulnerable and shy."

John who has been hunkering down at home during the coronavirus pandemic, told BBC Radio 6 Music how he is ready to get back on the road with his Farewell Yellow Brick Road Tour.

"Oh, of course, I'm going straight out there again," he said. "When and where, I don't know. I mean know where – but I don't know when. I'll definitely be out there, yes. We were halfway through the tour and then you know, that was it and we're on a hiatus. It's like marking time but we're no different to anybody else."