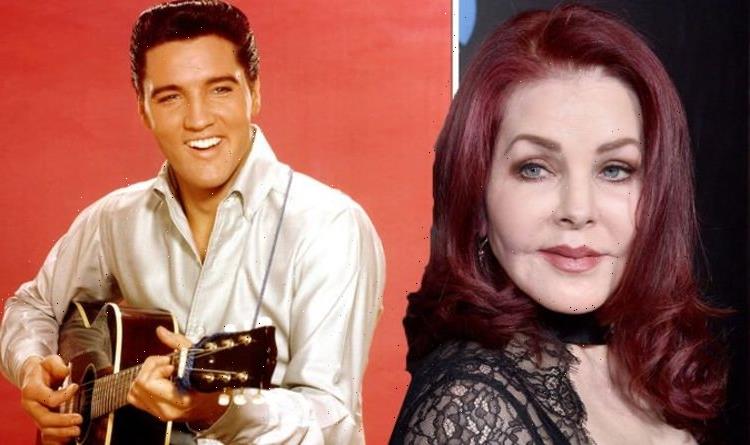 Elvis Presley was drafted into the military 1958, placing him in Friedberg, Germany for two years before moving back to Graceland in Memphis, Tennessee. During his time in Europe, however, the star met the young Priscilla Presley (who was named Beaulieu at the time) at a party. The pair hit it off, but the 14-year-old couldn’t follow the star to the USA at the time. They last saw one another in 1960 before he returned home. They kept in touch through phone calls and letters, and two years later, in 1962, Priscilla visited Elvis.

Elvis and Priscilla convinced her parents to let the young woman visit America and hang out with him for two weeks.

However, they did have some demands of the King of Rock and Roll.

They asked Elvis to pay for a first-class round trip for Priscilla between Memphis and Germany.

They also told Elvis the pair of them needed to be chaperoned at all times, on top of Priscilla writing home every single day.

Elvis agreed to all of the requests but didn’t adhere to them perfectly.

Although Priscilla arrived in Los Angeles to meet Elvis as planned, they didn’t go on to Memphis to stay in Graceland.

Instead, Elvis added Las Vegas to the trip’s itinerary.

Before they left, however, Elvis got Priscilla to write a handful of postcards for his employees to send from LA, therefore “proving” she was there”.

Elvis and Priscilla then went on to holiday in Las Vegas where she began “taking amphetamines and sleeping pills” to keep up with the King’s nocturnal lifestyle.

During her 14-day trip to the USA Priscilla was introduced to a number of things by Elvis, including a new sense of fashion and freedom.

He also gave his opinions on how she ought to style her hair and make-up.

Elvis Presley stars in trailer for Double Trouble in 1967

Priscilla must have loved spending all that time with Elvis, as she returned to Graceland that Christmas later that year.

Shortly thereafter the couple begged Priscilla’s parents to let her finish out her school year in Memphis.

After initially being reluctant, they came around to the idea when Elvis suggested Priscilla stay at his father’s house with his new step-mother instead of at Graceland.

It was at this time Elvis also implied he was looking to marry Priscilla.

Elvis and Priscilla did go on to get married just a few years later in 1967.