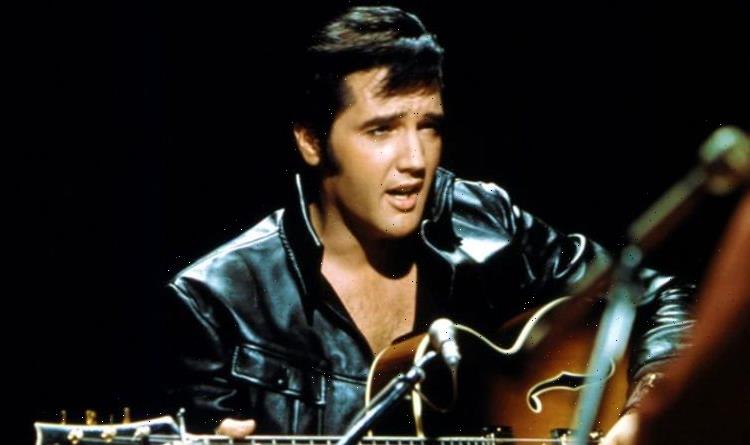 Just before Elvis Presley became a worldwide phenomenon he wrote to his fans in a magazine called Elvis Answers Back. In the August 28, 1956 issue the King of Rock and Roll pointed out how the press usually described him as fearless, and someone who slept ten hours a night. He replied: “I wish they were right.”

Elvis explained “they aren’t right,” before adding: “I’ve been kind of nervous all my life. And now, going out on personal appearances all the time, I get so keyed up that I just can’t relax.”

He revealed how, after performing to his fans on stage, he would return to his hotel room and struggle to sleep.

The star, who was just 21-years-old at the time, went on: “You know how hard it is, getting to sleep in a strange room and in a strange bed away from home, particularly when you’re kind of nervous and jumpy.

“I’ll go to bed at night and close my eyes and just lay there. And then I’ll start turning. And twisting. And a couple of hours will pass, and I won’t have had had a lick of sleep.”

Elvis, who seemed wise beyond his years, went on to muse about his future.

He said: “They say you learn how to relax when you get older. I hope they’re right.”

The Jailhouse Rock singer equated his nerves and “feeling restless” to being away from home and his parents for so long.

He added: “I don’t know. But it’s a funny feeling. A lonesome feeling. I guess everyone’s felt it, sometime or another.”

Elvis Presley stars in trailer for Double Trouble in 1967

Elvis then opened up to his fans about how he unwinds between shows and public performances. At the time, the star would have been on the road for most of the year, performing throughout the USA on almost every night of the week. So finding solace from all this commotion and noise was important to him. Elvis went on: “I like the sun and the outdoors and swimming …  I’m not a loner, I don’t think. But I’ve go to admit. Sometimes I like just getting off by myself. “You know. Just off somewhere alone. No crowds or anything. Where it’s just peaceful. And quiet. And you can think.”

Elvis added that his mother – his “best girl” – was also learning how to swim in his new pool.

Years later, it was revealed Elvis had experimented with sleeping pills to help him along in his life.

In fact, when he died on August 16, 1977 at his home, Graceland, the star was found with a number of different drugs in his body.

One of these was reportedly a barbiturate prescribed to battle insomnia and anxiety.

Elvis also gave sleeping pills to his wife, Priscilla Presley, when they were first getting together.

In her memoir, Elvis and Me, Priscilla recalled being given two sleeping pills when she was just 17-years-old in 1962.

She wrote: “I really didn’t need anything but he insisted, saying that they would help me sleep better and were a little stronger than what I’d taken before.”