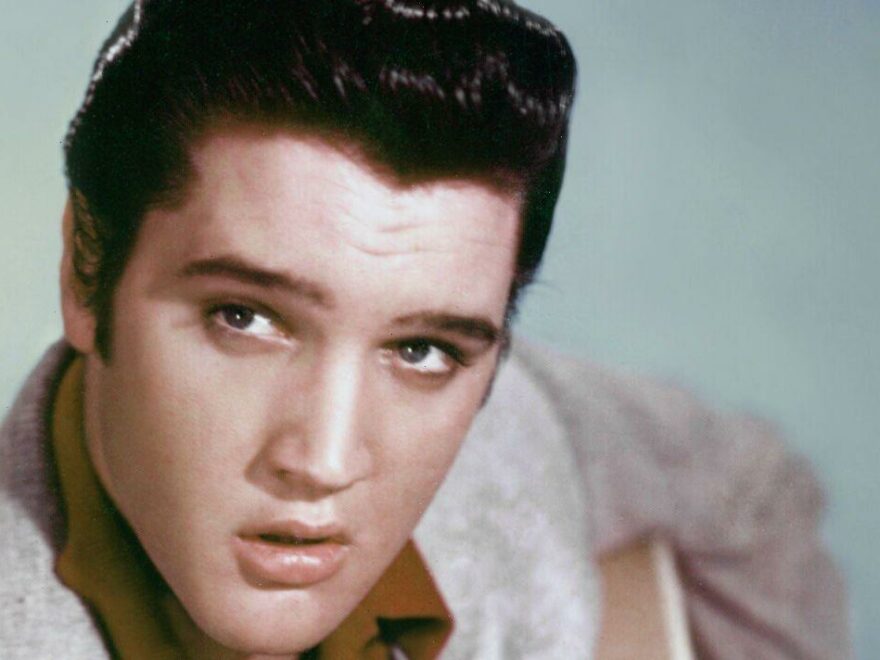 In 1956 Elvis Presley was slowly but surely exploding in popularity across the United States of America. At just 21-years-old, the King of Rock and Roll was starting controversies with his “vulgar” dance moves while also appearing on the USA’s most popular TV show: The Ed Sullivan Show. He first appeared on the weekly event on September 8, 1956, where he was introduced by actor Charles Laughton (who was filling in for the titular host). While Elvis’ first appearance went well, his second had a cheeky moment embedded within it.

Elvis played a collection of tracks for his first bout on The Ed Sullivan Show. He performed Don’t Be Cruel, Little Richard’s Ready Teddy and Hound Dog.

A month later, on October 28, 1956, Elvis returned to The Ed Sullivan Show to perform once again. However, he played most of the same songs.

Elvis appeared on the show and once again played Don’t Be Cruel and Hound Dog.

It is assumed that Ed made a comment after these songs pointing out that his audience had already seen Elvis sing these tracks before. So when he started on his third song of the evening, Elvis had to say something.

For his penultimate song, Elvis performed his newly-released hit song Love Me (not to be confused with Love Me Tender, which he did play later on during the same episode). Elvis had some help from a barbershop quartet known as the Jordanaires, as well.

Elvis bowed his head and prepared to croon in front of a reported 60 million viewers. But he couldn’t help but show his true mischievous nature.

He flicked his head up and curled his eyebrows towards Ed and smirked. He said: “It’s a new one, Ed!”

The audience went wild. They screamed at the idea of Elvis getting one over on Ed during his own show.

Naturally, the song went down a treat in the live audience. And, in the weeks that followed, Love Me hit number two on the Billboard Top 100 chart at the time.

Elvis and Ed later became great friends, so there were certainly no hard feelings between them. In fact, the tough times between them had been and gone. Ed previously banned Elvis from performing on his show on account of his gyrating hips.

Still, critics were not pleased by Elvis’ performance on the show.

A critic from Time Magazine wrote: “When [the performance] was over, parents and critics, as usual, did a lot of futile grumbling at the vulgarity of this strange phenomenon that must somehow be reckoned with.”

Despite the harsh criticisms, Ed later praised Elvis for his contribution to the show. He even gave a heartfelt comment about the star’s demeanour.

He called Elvis “a real decent, fine boy”. He went on to say: “We’ve never had a pleasanter experience on our show with a big name than we’ve had with you.”

According to Variety in 1956, Elvis’ appearance shot his song Love Me Tender into a massive success. They wrote: “For the first time in the history of the record business, a single record has achieved one million sales before being released to the public.”