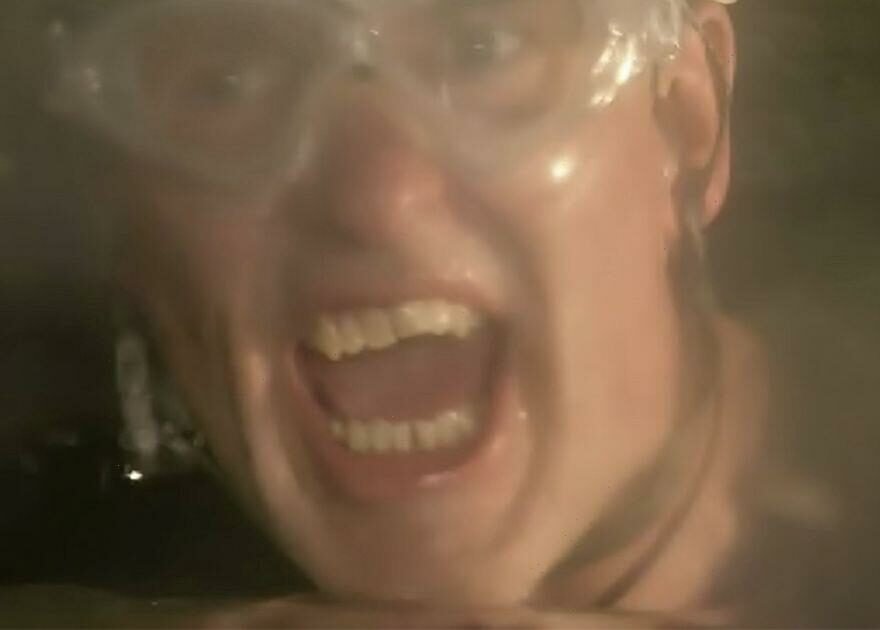 I’m A Celebrity…Get Me Out Of Here! star Chris Moyles was seen screaming at hosts Ant and Dec during a “chaotic” bushtucker trial.

The former DJ was seen shaking with fear as he was selected to take on the Boiling Point trial and was seen being doused in cockroaches and navigating an underground tunnel of water.

As Dec tried to offer guidance and tips to the struggling star, he told him: “go right to the dead end and you'll see the star.”

A flummoxed Chris then shocked the hosts and viewers at home when he screamed back: “I GOT IT, I KNOW!”

Ant was forced to chime in, telling him there was “no need for anger Chris there, You're getting angry with the wrong people there”

Chris then composed himself and apologised, saying: "you're right I'm really sorry."

One blasted: “Chris Moyles not coming across well here.” Another said: “Chris is so passive aggressive!”

A third added: “LOOOOOL thoroughly enjoying Ant & Dec being screamed at #ImACeleb.” While a fourth dubbed it totally chaotic. “This is the most chaotic trial I’ve ever seen.”

Some viewers, however, felt bad for the star who was clearly experience genuine fear.

“I'm behind but Chris is having an absolute howler. I'll never understand why people with genuine phobias go on this show. #ImACeleb.”

“Actually really feel for Chris Moyles there, he was very clearly anxious, nervous and panicking ,” added another.

The 48-year-old managed to find three stars but after failing to secure them in his bag he only ended up taking one star back to camp.

The clip shows Chris entering a room with a boiler, wearing a helmet and safety goggles.

He yells: “Please don't put anything on me yet!”

He then has to find miniature wrenches to then unscrew a star from the wall, while all manner of gruesome things are dropped on his head.

Struggling to find the right wrench, he is covered in cockroaches, leading him to shout out: 'Don't do that to me!'

Chris sarcastically replies: “Thanks for that guys, I thought it was just cockroaches, do you know what I mean?”

I'm A Celebrity … Get Me Out Of Here! continues every night on ITV1 at 9pm.