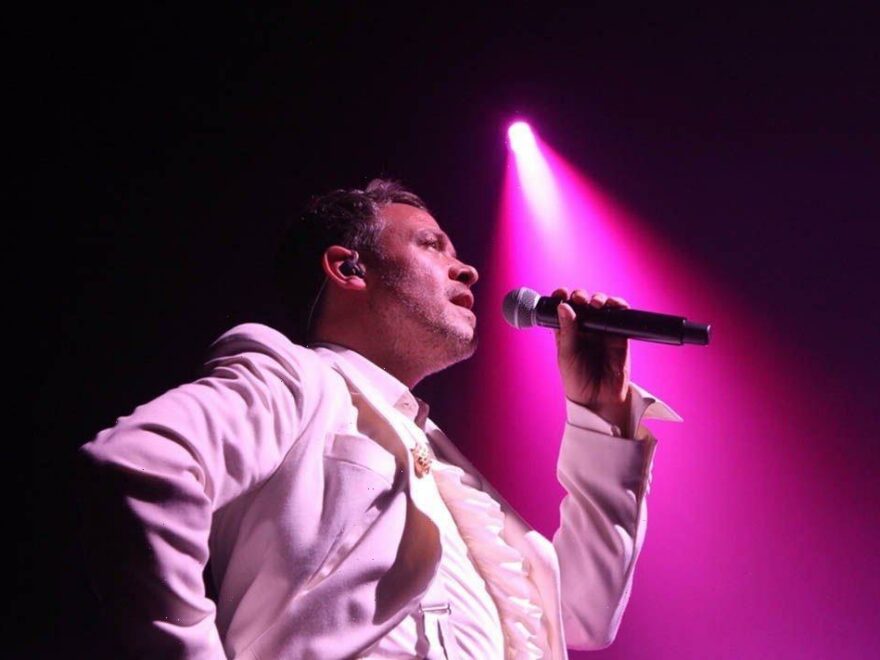 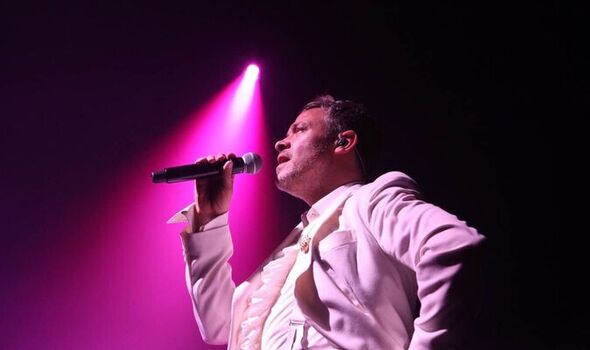 Travelling around the country, celebrating two decades of pop stardom, we join him at the end of his UK tour at a sold-out London Palladium show.

The lights go down, the curtains are still closed, and a lonely microphone stands front and centre stage as a single spotlight dazzles down.

A rendition of his infamous Pop Idol audition plays in the background and a very cocksure Simon Cowell calls Will, “Distinctly average”.

The curtains are drawn, and out walks Will looking incredibly stylish in a full white suit with his extraordinarily polished backing band standing behind him.

The show begins and we jump straight into 2002’s Evergreen.

As the soaring chorus kicks in, the lights shower the stage turning it into a perfect sea of emerald.

On it builds, ending on a phenomenal key change, reminding us of why the Berkshire-born singer has been killing it for all these years.

The audience seem to sense what is about to come, clapping in unison as Will, 43, starts 2012’s more upbeat groover Love Revolution.

As he struts his stuff, it strikes me that Will Young really is the Mick Jagger of the 21st century. More than a singer, Young is very much a performer and an entertainer. Will captivates the audience with his memories, occasionally veering close to a stand-up routine.

We get immersed in a story about him getting arrested at 18 and how the police now use his photo as a “how not to take a mug shot”.

The whole room is filled with laughter. This is what is so special about the evening, it didn’t feel like Will was just here to sing to us but something so deeply more personal and intimate. An Audience With Will surely beckons…

Throwing off his jacket and rolling up his sleeves, he gets right into the mystically seductive I Just Want A Lover, and as the evening goes on, we are reminded of some of Will’s greatest chart successes such as Jealously, The Long And Winding Road, Come On and so on.

Each track sounds more timeless than the last, and they fill people with an infectious need to dance along.

Will has had eleven Top Ten hits, four of them topping the chart. That’s some achievement.

As the night comes to a close, he treats us to Leave Right Now receiving some of the loudest applause I have ever heard from a show. This tour is a celebration of 20 years of Will Young, and it was certainly that, playing his most loved songs and the fan-favourite tracks of his career – just proving to us all that he very much still has it.

Young’s support act for the evening was the incredible Liverpudlian singer-songwriter, Kris James, who deserves more than just an honourable mention here. Kris was the perfect choice to warm up the crowd throughout this entire UK tour.

His elegant vocals and smart melodies seem to captivate the audience as he performs his most popular singles – catchy numbers like Naive and Get Back To Love – to warm responses. This was a perfect opportunity for Kris to show the sold-out London Palladium exactly what he’s capable of, and he does just that.

A beautiful rendition of Cher’s Believe follows shortly after, which gets a more than glowing review from the crowd as the whole room fills with singing and enthusiastic clapping.

He ends with his most recent single Home, a beautifully heart-warming song with a superb chorus that he delivers with exquisite style – very different from the disco funk of The Way You Move.

As his set comes to an end, applause erupts from the audience. There will certainly be a few Young fans coming back for more the next time Kris is in London.

Maybe Eurovision bosses should check him out. It’s in his hometown next year and I can’t think of a better rising local star to sell Liverpool and the UK to the world. He is a pop idol in the making, with “X factor” by the bucket.