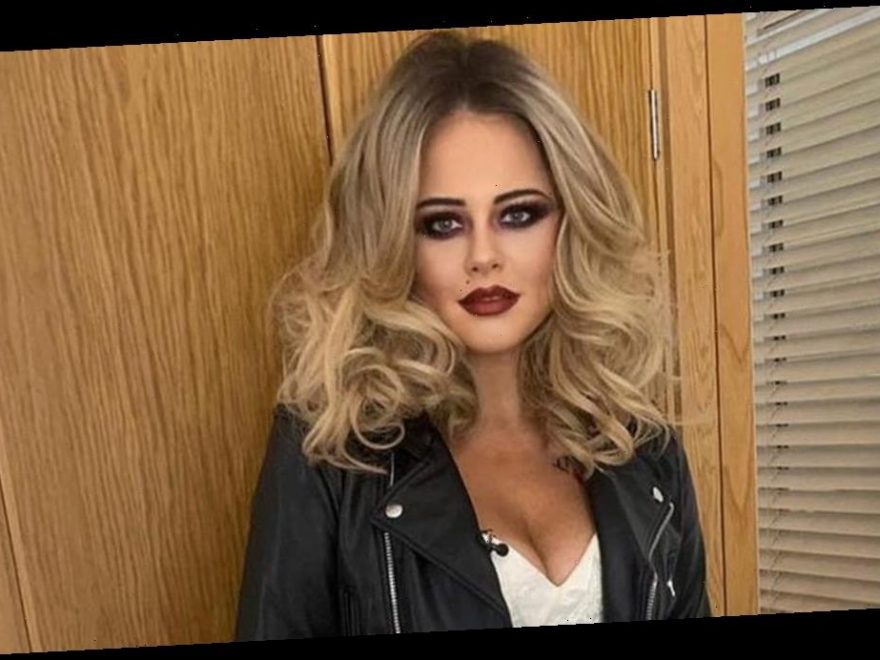 Actress Emily Atack readied herself for a busy day of promotion as she approaches the release of her debut stand up show, The Emily Atack Show.

Taking to her Instagram Stories, the blonde beauty delighted fans with an array of selfies ahead of a day packed with interviews.

Emily, 30, oozed glamour as she posed up a storm for the camera while at home.

The Celebrity Juice team captain was not going to let the coronavirus lockdown restrictions dampen herself as she "tarted up".

She opted to unbutton the top buttons of the fabric, giving fans a glimpse of her cleavage as she pointed the camera for the perfect angle.

Captioning her post, Emily penned: "Day of press for #TheEmilyAtackShow – it's all over Zoom which sucks a bit but hey I've tarted up anyway".

Despite the virtual meetings, Emily went all out in the glamour department, choosing to go for a sophisticated look as she wore a hint of blusher on her rosy cheeks.

Her peepers were accentuated by a nude smokey-eye and bold eyeliner.

Emily's plump pout was highlighted by a nude lipgloss as she offered a smile directly down the camera lens.

She wore her blonde locks in all their glory as they rested on her shoulders.

The star who rose to fame on The Inbetweeners as Charlotte 'Big Jugs' Hinchcliffe recently admitted that three men have called her Big Jugs while in the bedroom.

Set to spill the gossip on her show, she said: "I've always forgiven it because they genuinely haven’t meant to do it, and I can see the absolute look of horror on their faces when they realise.

"I've laughed it off – although once I was sleeping with someone when they said it, and it was like: 'Oh for f**k's sake.'

"I still carried on though!"

The Emily Atack Show airs on November 4 at 10pm on ITV2.