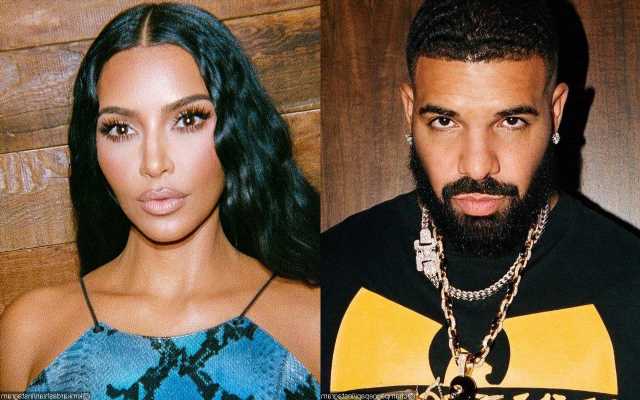 After the Canadian superstar released the music video for ‘Way 2 Sexy’ off ‘Certified Lover Boy’, fans notice the resemblance between one of the models in the clip and Kanye’s estranged wife.

AceShowbiz –Drake appears to have fueled his beef with Kanye West. After trading shots online, the Canadian star may have thrown another blow at his nemesis by hiring a Kim Kardashian lookalike in his new music video.

On Friday, September 3, just hours after officially dropping his latest album “Certified Lover Boy”, Drizzy unveiled the visuals for “Way 2 Sexy” off the album. One particular scene caught fans’ attention, and not just for its ridiculously parodic setup.

In the black-and-white scene, a group of four women are lounging around while promoting a fragrance called “Wet by Drake”. Fans were quick to notice that one of the models looked extremely like Kim.

Upon watching the video, those eagle-eyed fans took to Twitter to express their surprise at what they saw. “Did @Drake just have a Kim Kardashian look alike saying ‘wet by Drake’ in his video?” one person asked. Another bewildered fan commented, “Am I tripping or is there a Kim look alike in the video ? 3:10?”

A third remarked, “[D]rake had a Kim lookalike in the video I swear for way 2 sexy.” Another questioned, “Is this supposed to be ‘KIM’?” A fifth person, meanwhile, pointed out, “Why does the model low key looks like Kim k? lmao.”

The feud between Drake and Kanye was reignited ahead of the release of their respective albums which were only within one week away from each other. It started with Drizzy calling Ye “burned out” on Trippie Redd‘s new song “Betrayal”.

Ye later hit back by posting an image of Drake’s home address in Toronto before quickly deleting it. Most recently, the “In My Feelings” hitmaker leaked Kanye’s unreleased song featuring Andre 3000 a.k.a. Andre Benjamin, in which the “Follow God” spitter disses Drake.