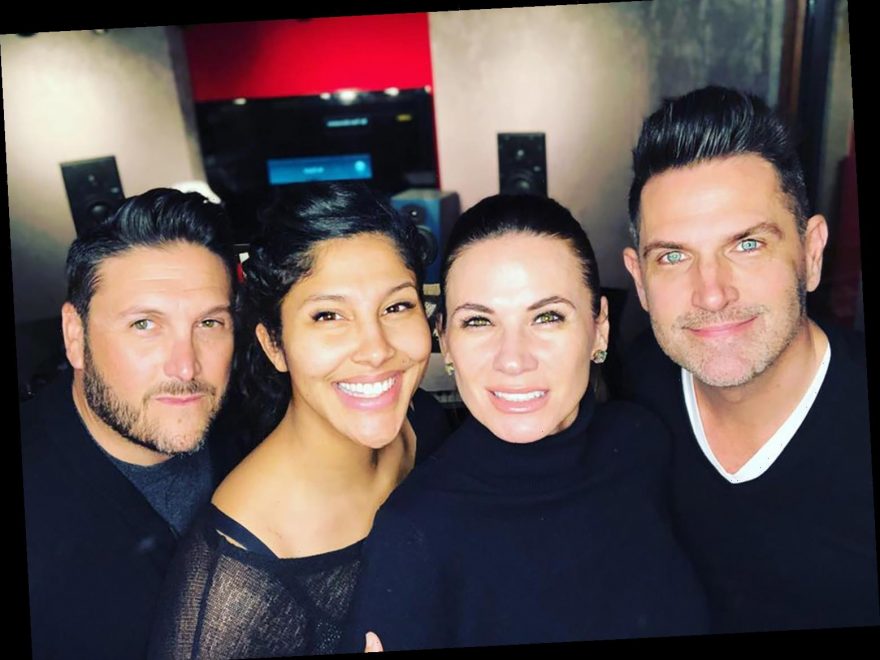 Michael Passons, a founding member of Avalon who left the Christian band 17 years ago, is opening up about his departure from the group.

The singer-songwriter, 54, revealed during Wednesday's episode of Jonah and the Whale podcast that he was actually kicked out of the Grammy-winning musical act because he is gay. Recalling his exit to host Josh Skinner, Passons said that he was confronted by his former bandmates on June 30, 2003, to leave Avalon.

"Avalon showed up at my house and told me I was no longer in the group," he said. "And it was all because of who I am."

"They came alone, but they had been speaking with management and record label before they visited my home," Passons continued, adding that he was "blindsided" by the decision.

A representative for Avalon did not immediately respond to PEOPLE's request for comment.

The artist also said that he was "required to attend some reparative therapy sessions" prior to his exit, which like conversation therapy, is an attempt is made to try to make someone identify as heterosexual.

"That did not go well," Passons shared. "After about a month, I said, 'Look, I'm not going back to that guy. Let the chips fall where they belong.' "

"And it wasn't long after that that a member of the group had begun to form an alliance with management, label and other members to kind of help speed up the process of me not being a part of the group anymore," he said. Passons recalled that former Avalon member Melissa Greene — who is now a pastor — was one of the members that showed up at his house, though he noted that they are now good friends after she "helped me through this season in my life."

On Thursday Greene shared how proud she was of Passons and encouraged fans of the band to listen to the podcast.

"Today is the first time that @michaelpassons is sharing the truth of his story, part of our journey, what happened 17 years ago upon his departure from Avalon, and where he is now," Greene wrote on Instagram. "I wept as I listened for so many reasons."

"I'm also deeply grateful that we have grown so much together, that I have changed so much over 18 years, and that he is finally able to encourage others with his peace and freedom," she continued.

The band's current line up only features two of the original members — Janna Long, whose husband Greg replaced Passons, and Jody McBrayer. The band's fourth member, Dani Rocca, joined in 2018.

While Passons is "out now," the musician said that he was fully aware of his sexuality back when he was in the band.

"I'm a gay man and I'm glad to be," he told Skinner. "At the time I was conflicted because I was involved in a culture where that was not accepted. I knew if I were honest, I would lose my career, I would lose many things — and I did end up losing all those things I feared I would."

Never miss a story — sign up for PEOPLE's free weekly newsletter to get the biggest news of the week delivered to your inbox every Friday.

Passons added that there "was no way to fight" his exit.

"Back then, gay people could be discriminated against in the workplace. There were no laws against it in the secular workplace," he remembered. "Because this was a faith-based organization, they had every right to set the parameters."

Following his departure from the band, Passons said he "took it as my fault" and there was "a lot of PTSD involved from that point on for many years."

However, Passons noted that he's come a long way since then.