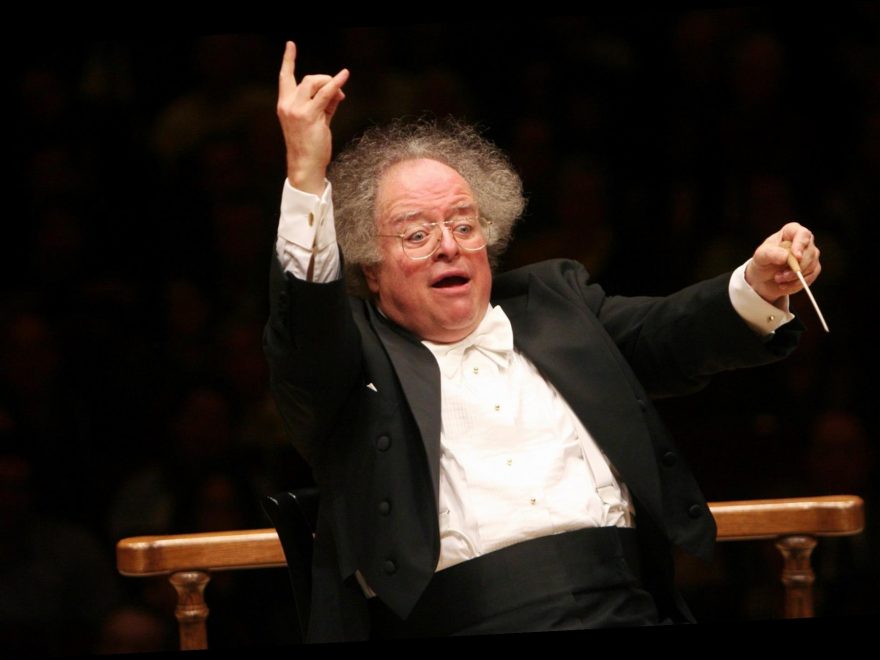 James Levine, the longtime conductor at the Metropolitan Opera whose widely-successful career came to an end several years ago over accusations of sexual abuse, has died. He was 77.

A cause of death has yet to be announced.

The Met released a public statement after news of Levine's death. "The Metropolitan Opera honors the memory of former Music Director James Levine, who held the musical reins of the company for four-and-a-half decades."

"Despite his undeniable artistic achievements on behalf of the Met, his relationship with the company frayed in the wake of allegations of sexual misconduct, and in 2018 he was removed from his position as Music Director Emeritus after a three-month investigation by outside counsel," the statement added. "His final appearance at the Met was leading a concert performance of the Verdi Requiem on December 2, 2017." During his time as maestro of the Metropolitan Opera from 1971 to 2017, Levine was one of the most admired conductors in the world. He led more than 2,500 performances total and helped define the Met's influence on classical music.

He also served as the music director of the Boston Symphony Orchestra from 2004 to 2011 and was the chief conductor of the Munich Philharmonic for five season.

Beginning in December 2017, a total of nine men came forward and accused Levine of sexual harassment and abuse during the conductor's early years of his career. (Levine denied the allegations).

The first accuser, whose identity was not revealed, said the abuse allegedly began in 1985, when he was 15, and continued for years, according to a police report obtained by the Times and New York Post.

Per the report, the man originally met Levine at the Ravinia Festival in Highland Park, Ill. He told police that he visited Levine on multiple occasions at a nearby hotel, where Levine asked him to remove his clothes.

The Met launched an investigation into the allegations and suspended Levine in Dec. 2017, before firing him months later in 2018.

According to the Times, Levine denied the allegations and responded with a lawsuit against the met for a breach of contract and defamation. The Met countersued, claiming Levine had violated his duties and harmed the company's reputation. The battle eventually ended in July 2019 with a settlement whose details were not publicly disclosed.

The allegations against Levine came just weeks after reports of sexual misconduct by producer Harvey Weinstein, which sparked the #MeTooMovement.

If you or someone you know has been sexually assaulted, please contact the National Sexual Assault Hotline at 1-800-656-HOPE (4673) or go to rainn.org.