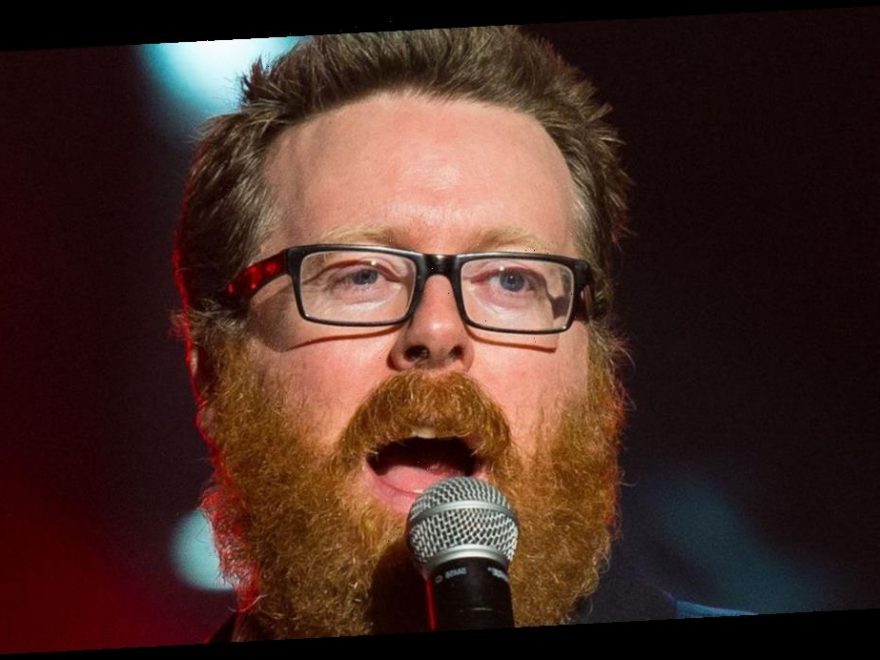 Comedian Frankie Boyle has revealed he wrote his autobiography while on ecstasy.

The Mock the Week panelist, 48, published his autobiography, My Sh*t Life So Far in 2009.

Speaking to the BBC 's Louis Theroux as part of his podcast series the funnyman told how her wrote the first draft while high on the Class A drug.

He told on Grounded With Louis Theroux he took the drug to try and make stories from his childhood more acceptable for those reading his book.

Frankie said his childhood memories did not fit “the jaunty autobiography of a panel show contestant".

He said: "I got a hotel in Edinburgh and basically took ecstasy to write the first draft of that book, to try to find some kind of spark or something that could translate into something palatable, because the reality of it was fairly bleak.”

Frankie also discussed growing up in Glasgow and says his family was very poor.

He also told how developed a drink problem when he was aged 15.

His first drink led to a problem that lasted until Frankie was 26.

“There’s a feeling sometimes addicts get that a substance completes them. That’s kind of what it was for me,” he said.

Frankie grew up surrounded by people who suffered from drink problems.

During those bleak time Frankie said he “sort of imagined he’d be dead by 30".

Frankie finally kicked the habit when he realised he was on the cusp of not being able to work.

But he said he found giving up “relatively easy.”

Frankie also hit out at fellow stand-comedian Ricky Gervais, saying he is disrespectful to trans people.

He said: “If you’re a stand-up watching him, you feel like, ‘oh, that’s someone doing a version of what we do'.

“But really, it’s that I saw him doing his routine about trans people and I thought it was very lazy [in a 2018 Netflix special, Gervais did a routine about Caitlyn Jenner and trans identity].

"I would like him to have the same respect for trans people as he seems to have for animals. I don’t think that’s a lot to ask.”

Listen to the full episode of Grounded With Louis Theroux and Frankie Boyle here.