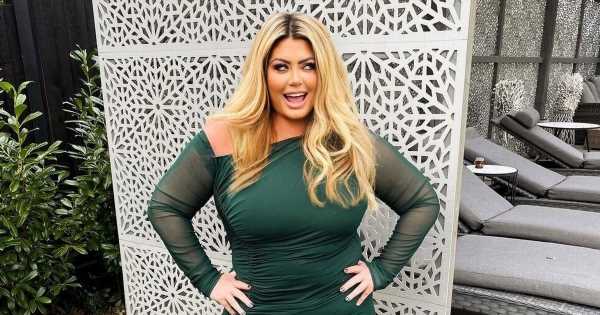 Gemma Collins has opened up about the sweet revenge she'd got on a fashion company after they'd told her she was "too fat".

The former TOWIE star, 40, ended up leaving the unnamed brand and instead signed a lucrative deal with Valentino- who were accepting of Gemma, rather than her weight.

Speaking about the incident, the Diva Forever star explained that she'd been pulled into a meeting with the unknown retailer and was told to shed the pounds.

However, it was the GC who would have the last laugh as she ditched them and signed a contract with Valentine for £120,000.

In an interview with The Times, the reality star said: "[The clothing brand] sat there telling me I was too fat, go off, lose weight, come back to them."

During the same discussion, Gemma confessed to the publication that she'd always suffered with loving her own image.

She explained that she would compare herself to former TOWIE stars and always felt as though she "wasn't as beautiful".

Meanwhile, Gemma did decide in her own time that she would embark on a weight loss journey – a transformation that she did for herself.

Back in 2016, the GC had been told by fertility experts that her weight could effect her chances of falling pregnant.

Since then, she has been on a constant mission to overhaul her lifestyle in a bid to get fitter and healthier – and lost 3.5 stone in weight.

At the time, she told The Sun: "I'm not saying I'll get to a size 10 but I do need to lose weight. For my health I wouldn't want to be bigger than I am now.

"I refuse to have a gastric band as easy as it would be. I have overcome so many things in my life and I will overcome my weight – but I need time and focus to do it."