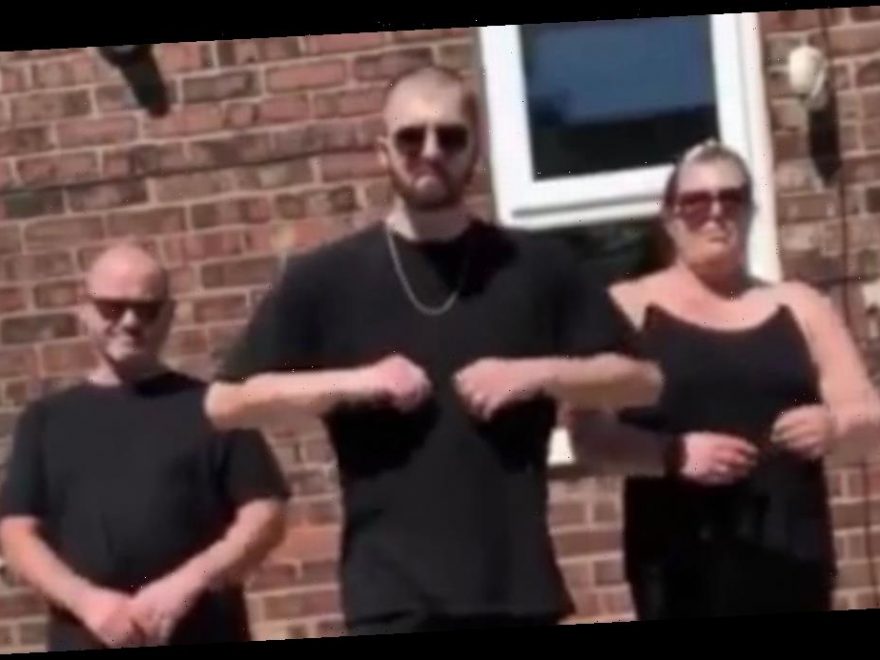 Producers reached out to the Manchester based dancer after seeing clips of him and his father pick up thousands of views on Tom's official TikTok account.

While the videos were only lighthearted, it is thought that bosses are determined not to let Gogglebox stars become celebs as they fear it would ruin the normality of the show.

Reading out a question from a fan on a now deleted Instagram live, Tom said: "Will you do anymore TikToks dancing with your dad, I love them ?

He bluntly added: "No, Googlebox won't let me anymore."

A rep for Channel 4 and Gogglebox has been contacted by Daily Star Online for comment.

Daily Star previously revealed how Tom's wish for his girlfriend to join him and his family on the show was blocked by TV bosses.

The professional dancer has appeared on the hit series with his Manchester-based family since series four in 2014.

Tom said: "Because of contracts and stuff, unfortunately, you won't see my girlfriend on the show, but yeah we do forget we are filming.

"We will be moving in together soon.

"I reckon because of contracts and stuff it won't be able to happen but you can always ask them."

Admitting he would be open to leaving the show, the TV regular continued: "If the opportunity was good enough then yeah 100% we [one of the family] would leave but I think the rest of us would be able to stay on Gogglebox."

Taking to Twitter on Monday evening, Tom confirmed he and Bryony are all packed to move into their new home before Christmas.

The star tweeted: 'This time next week I’m gonna be sitting down to watch a Christmas movie with my beautiful girlfriend in our new apartment. I can’t wait. #Blessed"

Meanwhile, posting on her own account, Bryony added: "Bought mine and Tom’s first Christmas tree, how exciting," before posting a red love heart emoji.