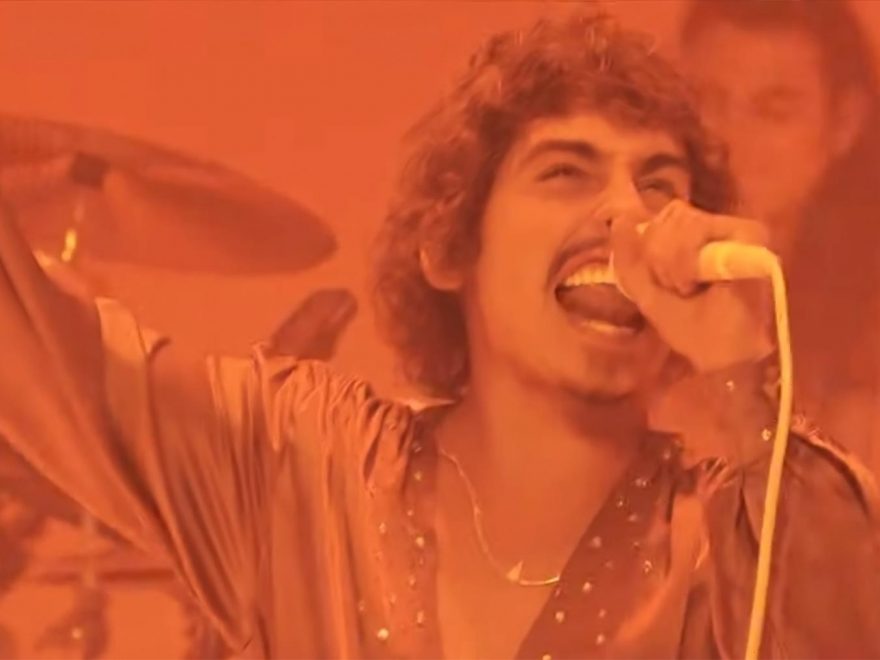 Greta Van Fleet gave a fiery performance of “Heat Above” on Jimmy Kimmel Live Wednesday night, ahead of the release of their latest album The Battle at Garden’s Gate on Friday.

In a similar set-up to their music video for “Heat Above,” the four-piece band performed on a white soundstage, with lead singer Josh Kiszka belting out some of Greta Van Fleet’s most operatic vocals yet. The performance ends with firecracker pyrotechnics lighting up the stage as the song concludes.

In addition to “Heat Above,” The Battle at Garden’s Gate will feature the previously released tracks “Broken Bells,” “Age of Machine,” and “My Way, Soon.”

“The Battle at Garden’s Gate is about hope and overcoming the challenges that humanity faces,” Greta Van Fleet bassist Sam Kiszka said. “We live in a world powered by superficial institutions and this album is a reminder that it’s up to us to sing out of the silence.”

The band’s producer Greg Kurstin added: “Hearing these songs evolve into expansive soundscapes took me on an amazing journey. I love that they explored these complex song structures, and the band reached for chords, melodies, and lyrics that stretch beyond the usual. Most of all, I admire that Greta Van Fleet have stayed true to themselves.”