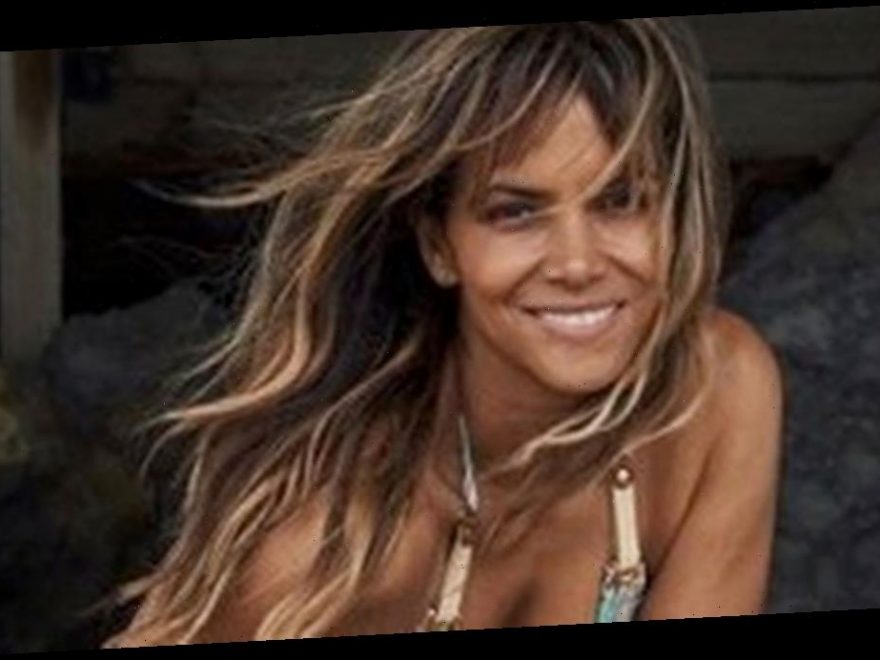 Halle Berry has announced she has got together with R&B singer-songwriter Van Hunt on Instagram.

The James Bond star, 54, shared her big news with fans alongside a snap of her wearing a t-shirt with the 50-year-old musician's name on it.

She captioned the post, which confirmed recent speculation she has a new bae, "now ya know…" alongside a string of heart emojis.

The Oscar-winning bombshell finished off her look with a paperboy cap in the shot.

In recent months Halle dropped a huge hint she was seeing a new man by sharing almost identical pics of her feet intertwined with a mystery man.

It July she wrote, 'Sunday, funday' alongside a shot of her feet mingled.

And last month she shared an intimate snap of her feet resting alongside an unknown man as they sprawled out on a hotel room bed during Halle's birthday weekend in Las Vegas.

Taking to her Instagram grid, alongside the snap, Halle wrote: "Waking up Vegas!|

"Thank you for all the beautiful birthday wishes from my friends and my very supportive and loyal fans!

"You ALL helped to make my birthday extra special."

He has collaborated with numerous artists such as John Legend since his self-titled debut album in 2004.

Halle's last boyfriend is believed to have been Alex Da Kid in 2017, reports suggest they dated for five months before calling time on their short-lived romance.

Shortly after their supposed break up, Halle shared a powerful statement to her Instagram stories.

She shared a snap of a black rope shaped into a heart with the caption: "Done with love," written over it.

The star is a mother-of-two, to daughter Nahla, 12, with ex Gabriel Aubry, and son Maceo, six, with ex-husband Olivier Martinez.

In April she appeared on an Instagram Live stream and discussed her love life and parenting in the early days of the COVID-19 shutdown.

She said: "I've learned a lot being with my children.

"They are the best company for me right now, and when I divorced Maceo's dad I've been pretty alone by myself going on three years now. Decidedly so, for sure.

"I have decided to take time. I'm very much a relationship-oriented person, I always want to be with someone. But I decided, no I'm going to slow my roll, I'm going to take a minute and I'm going to spent time with me. And it's been so great that I think I might stay like this!"