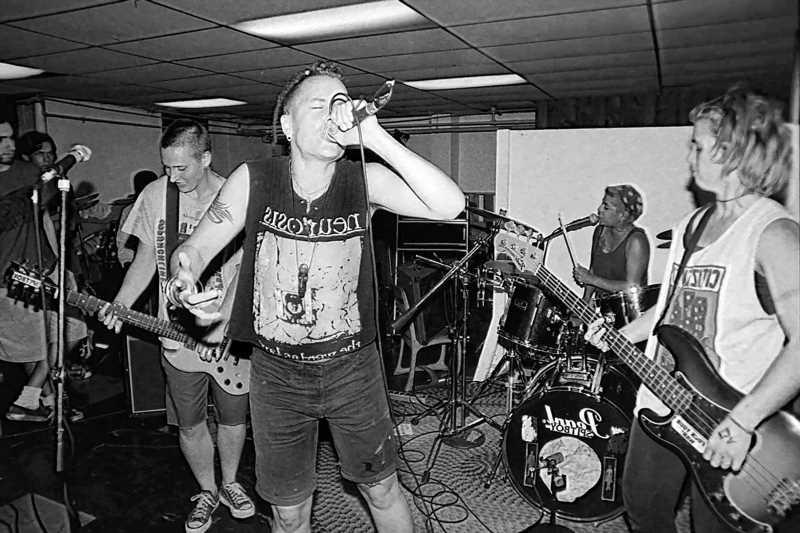 Spitboy wanted their fans to forget about sugar and spice and reconsider women’s value in “What Are Little Girls Made Of?” a track that originally appeared on the feminist punk group’s 1995 split Los Crudos and now features on the upcoming compilation, Body of Work (1990–1995). Instead, they sardonically refocused the notion of a woman’s place in society by singing, “Baby boy, precious baby boy/The world wants you/I am what’s leftover … I am your second-class citizen.”

The comp will come out on June 25th, and 100 percent of the proceeds from its sales will benefit the National Women’s Law Center.

“If Spitboy were a college class, we’d be a gender studies class,” drummer Michelle Cruz Gonzales said in a statement. “I wrote the lyrics to ‘What Are Little Girls Made Of?’ when l was working as a preschool teacher, a field that comes out against gender binaries in the education of children. I had just read somewhere that baby girls were wrapped in pink blankets and boys in blue during plague times in Europe, a superstitious way to save boys from being chosen.”

“I was reading a lot of gender studies books at the time,” she continued. “I even read Susan Faludi’s Backlash on the bus. Have you seen how big a book that is? Adrienne [Droogas, Spitboy singer] had previously written ‘ln Tradition,’ which questions gender roles in a way that was a precursor to our current understanding of the fluidity of gender while ‘What Are Little Girls Made Of?’ focuses more on the patriarchal hierarchy and the Madonna/whore archetype.”

Body of Work marks the first time that Spitboy’s entire recorded output will be available in one place, and it features an essay by Green Day’s Billie Joe Armstrong, who remembers gigging with the band early on. “I saw their first show at Gilman,” he wrote, “and it was like, ‘Holy shit, this band is not fucking around.’ I told Michelle I thought they were great. She looked at me and sorta snarled. As if to say ‘thanks’ and ‘duh’ at the same time. It’s one of the reasons I admired her, and Spitboy, too.”