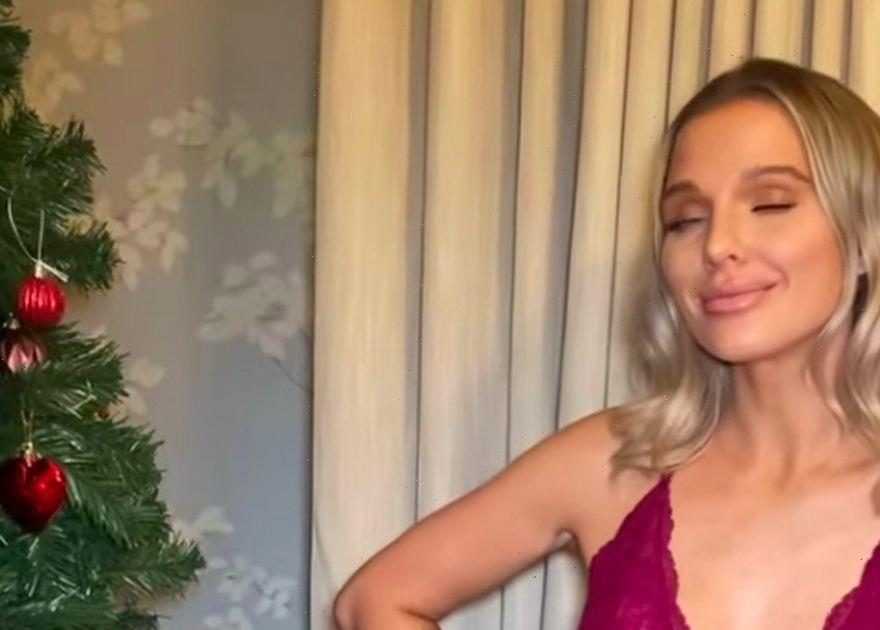 Helen Flanagan left jaws on the floor as she stepped out to show off her postpartum figure just months after giving birth to her baby son.

The 31-year-old soap star looked breathtaking as she decorated the Christmas tree wearing just her bra and knickers.

Causing quite an internet frenzy, the mum-of-three then slipped into a dazzling nighttime slip dress that plunged low.

It appeared as though Helen's glam squad had worked their magic with her hair and makeup – with the actress rocking bouncy platinum curls and a natural colour palette across her eyelids.

Fans of the Coronation Street beauty were eager to understand Helen's secrets as she showcased her killer body in the festive Pour Moi underwear set.

One inquisitive fan asked: "You have a beautiful figure. Do you work out or does it come naturally through feeding Charlie and running around after the girls?"

Another beamed: "OMG babe!! You look phenomenal! What a woman."

While TOWIE star Lydia Bright penned: "The bod on it."

Helen welcomed her third child with fiancé and footballer Scott Sinclair on her beau's birthday March 25.

The pair already share two daughters together and were delighted to welcome their son Charlie into the world on such a special day.

Alongside a black and white hospital picture, he penned: "I couldn't ask for a better gift on my Birthday, what a blessing!!! welcome to the world son. Charlie Scott Sinclair 25/03/21."

It seemed that the football legend had already predicted that his first son would arrive on his birthday.

Ahead of Charlie's arrival the TV starlet wrote on social media: "My baby prediction is that I'll go into labour tomorrow.

"Meaning I've always thought I'll go into labour tomorrow. Scott thinks his birthday. My baby predictions are rubbish though each time with my girls I thought I was having a boy.

"I'll probably be a week later now. Baby will come when ready."