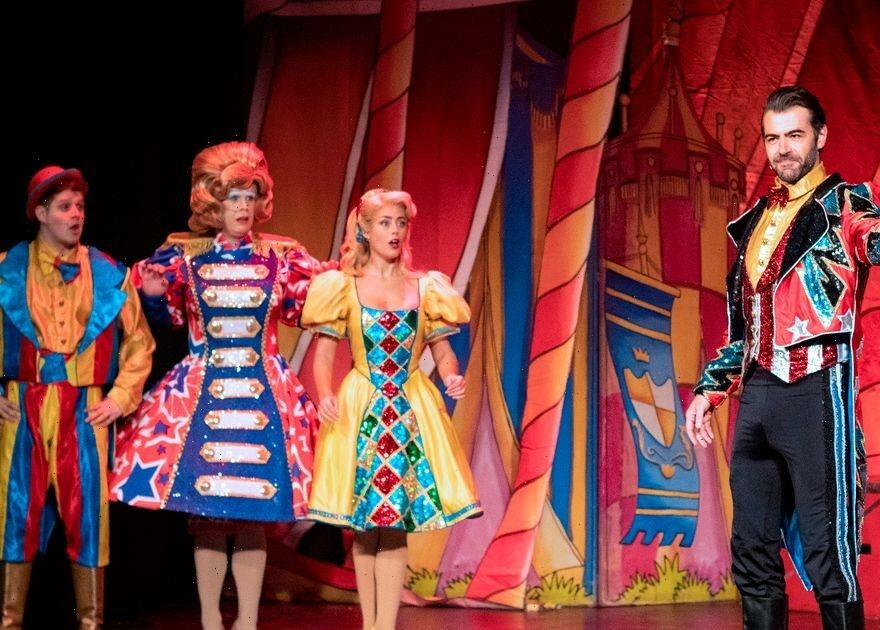 Hollyoaks star David Tag has revealed that he would love to perform in The West End, after wowing audiences with his sensational singing voice in new pantomime Goldilocks.

He is now back onstage in the pantomime Goldilocks at Liverpool's Epstein Theatre, which sees the star play the enigmatic Ringmaster of a circus, from December 9, 2022 to January 1, 2023.

During a sneak peak of the show, David gave an incredible performance of songs including Dancing In The Street and Get Ready, wowing the crowd with his impressive vocals.

Speaking exclusively to Daily Star at the sneak peek of the show, David has now teased his plans for the future following his exit from Hollyoaks – and what one of his dream roles would be.

"I love to sing, but I've never really been given the opportunity to do it in a public domain," said David.

"It's something I'd love to push forward a little bit more and do more of." "I'd love to do more singing, like The West End would always be a lovely thing to do, if given the opportunity.

"Television work is my dream and my passion really, so I'm still following that. I'll do whatever comes to me really, but television and theatre are my passions."

However, he added that he would take: "Any [musical theatre roles] that come my way to be honest. I'd take any on board."

Before then though, David has returned to the stage as the Ringmaster in Goldilocks, after first playing the role at the St Helens Theatre in 2021.

Promising to be just right with its mix of unbelievable circus tricks, madcap comedy capers, high production values, and a smash-hit selection of chart hits to sing and dance along to, the story sees Goldilocks try to save her Big Top from a rival circus owner – with some help from the three bears.

Speaking about the twist on the story, David said: "It's a parody of Goldilocks and the three bears."

He added: "This isn't an exaggeration, the spectacle that you'll see is…I've never seen it in a pantomime before. We did it last year and there was fireworks, and professional dancers, which I got involved with, which was very scary."

Describing the show as "unbelievable from start to finish," the show also sees David perform alongside the "really amazing" Britain's Got Talent semi-finalist Dame Mama G, along with a talented host of stars including Olivia Sloyan, Timothy Lucas and Brandon McCaffrey, as well as Katy Mac, Benjamin Keith and Hannah Riley as the three bears.

David also gives audiences a taste of his dancing skills in the show too, saying there is: "A lot lifting, a lot of twisting and Goldilocks on my shoulders, spinning around, things like that.

"There's a few dangerous things going on and it makes it look so much better."

He added: "Last year when people came away – no joke – they said that is the best pantomime they had ever seen.

"So I want the same thing this year. That's the plan. People feeling elated at the end as well."

Goldilocks is at Liverpool's Epstein Theatre from December 9, 2022 to January 1, 2023. Tickets are on sale now.