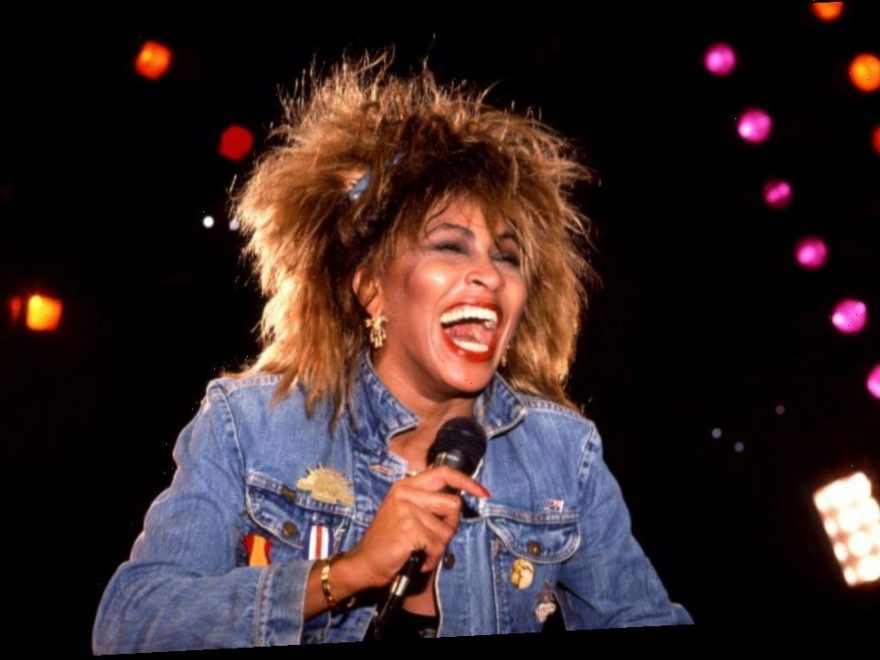 Tina Turner is one of music’s most recognizable names. Given the fact that she was the lead singer of the Ike & Tina Turner Revue, you’d think she had a hand in the creation of the moniker. But she had no choice in the matter. The story of how Turner got her stage name is just another example of Ike Turner’s determination to control her life and career. But the story of what she did with the name after their divorce is nothing short of inspiring.

What was Tina Turner’s original name?

Turner was born on Nov. 26, 1939, in Nutbush, Tennessee—a small community outside of Memphis. Her parents, Floyd and Zelma Bullock, were poor sharecroppers. Zelma left her abusive relationship with Floyd and moved to St. Louis when Turner was 11 years old. Her father remarried left shortly after, leaving Turner and her sister, Alline Bullock, in the care of their grandmother.

The “Private Dancer” singer moved to St. Louis in 1956 to be with her mom and sister at age 17. She met Ike the same year when watching his band, Kings of Rhythm, play at Club Manhattan—one of St. Louis’ iconic music spots that burned down in 2010.

Turner and her sister attended a lot of Kings of Rhythm’s shows, and Turner eventually convinced Ike to let him hear her sing. Her iconic voice made Ike immediately let her join the band as the first female member.

Why did Tina Turner change her name?

In the following years, Ike started evolving the band’s structure, adding backup singers and dancers to perform alongside Turner. In 1960, he decided to change the band name to the Ike & Tina Turner Revue. The other women in the group were called “The Ikettes.”

HBO’s Tina documentary goes into the backstory of the creation of the Ike & Tina Turner Revue name. Ike was a fan of the TV show Sheena: Queen of the Jungle and watched it frequently. He made the connection from Sheena to Tina and thought Tina Turner sounded good. So, he renamed the band and made Turner take on the name. She had no part in its creation and no say in the matter.

From that moment on, she was Tina Turner. The two got married in 1962, making Turner her legal last name. In her 2018 biography My Love Story, “The Best” singer said:

“My relationship with Ike was doomed the day he figured out I was going to be his moneymaker. He needed to control me, economically and psychologically, so I could never leave him.”

Although Turner was the face of the band thanks to her powerful voice, Ike was the one in charge. He physically abused Turner throughout their entire 16-year marriage and controlled every aspect of her personal and professional life.

In 1976, she fought back against Ike’s abuse for the first time. They were in a car going from a Dallas airport to a Hilton hotel. When Ike was asleep in their room later that night, a bloodied Turner grabbed her things and fled. The 37-year-old ran across a busy freeway and into a nearby Ramada Inn, nearly getting hit by a semi-truck on the way. She spent the night there, skipping the show they were supposed to have that evening. She flew to Los Angeles the next day and went into hiding.

Turner and Ike were fully divorced by 1978, but she got next to nothing in the settlement. As she told People magazine in her tell-all interview in 1981:

“He wanted to own me. But I said, ‘You will not own me. If you want all of what we both worked for, then take it for my peace of mind.’”

“There’s no connection now with Ike & Tina Turner that I own,” she added in the interview. All she ended up getting in the settlement was two cars and the rights to her stage name.

“That is when I realized that I could use Tina to become a business,” she said in the HBO documentary. “And so I said, ‘I’ll just take my name.’ Ike fought a little bit because he knew what I would do with it. And it was through court that I got it, Tina.”

Turner’s stage name origin ended up being a metaphor for Ike’s mistreatment, but also her liberation. Despite his abusive efforts to keep her under his thumb, Turner reclaimed the name and became one of the most successful women in the history of music.