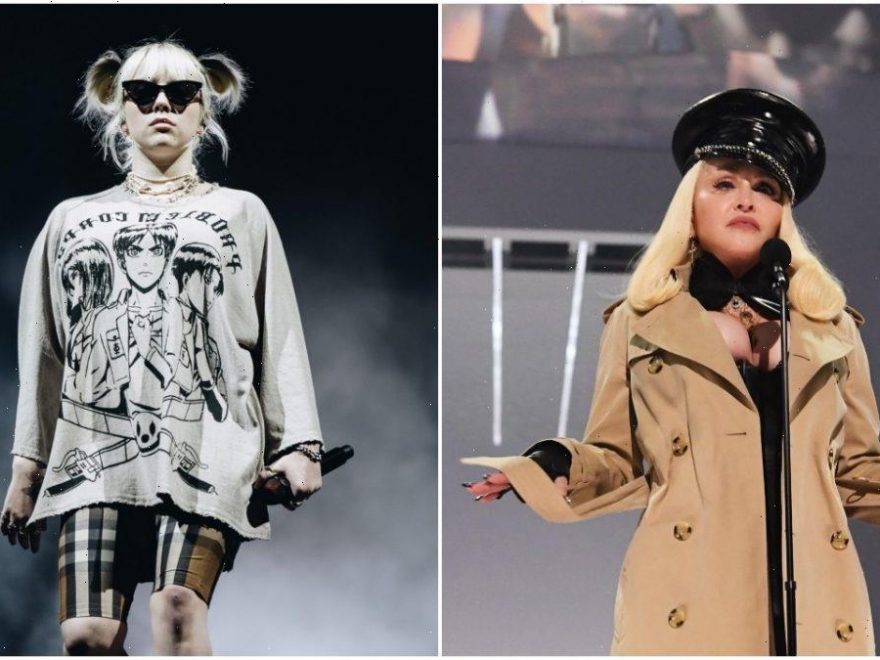 Billie Eilish became famous when she was just 15 years old. Today, she’s 19. In those four years, the “Bad Guy” singer has experimented with both her music as well as her look. When Eilish first came on the scene, she sported baggy clothes and lime green locks. To honor her second album, she debuted a soft, blonde head of hair and a more feminine style. Eilish was met with backlash from those who’d applauded her for her loose clothing, assuming it to be a protest of the male gaze. None other than Madonna has spoken up for the 19-year-old singer and her right to change her look as she pleases.

The backlash Billie Eilish received when she debuted her new look was sexist, says Madonna

Madonna knows a thing or two about the scrutiny female performers are subjected to in the music industry.

“The problem is, we still live in a very sexist world where women are put into categories,” said Madonna, as reported by Elle. “You’re either in the virgin category or the whore category. Billie started off in a non-sexualized category, not pandering to the masses and not using her sexuality in any way, which is her choice and God bless her for that—after all, she’s been a teenager all this time. [But] if she wants to turn around and take photographs where she is portrayed as a feminine woman, showing her body in a way that she hasn’t in the past, then why should she be punished for it? Women should be able to portray themselves in any way they want. If Billie were a man, no one would be writing about this. A man can show up dressed in a suit and tie for the first three years of his career, and then the next month he could be dressed like Prince or Mick Jagger, shirt off, wearing eyeliner, and no one would say a word.”

Billie Eilish didn’t ask to be on display

Adjusting to fame has been challenging for the “Ocean Eyes” singer. She grew up loving to sing and wanting to share her music. She never wanted all eyes on her. Eilish told Elle she especially doesn’t appreciate all the speculation surrounding her personal life, like who she dates “or my sexuality!”

“Like, oh yeah, that’s everyone else’s business, right? No. Where’s that energy with men?” she asked.

“I just wanted to make a song once, and then I kept making songs,” she said. “I never said, ‘Hey, pay attention to my life.’ All my friends know I don’t wanna see any of [the negative chatter]. When people send me something mean, it hurts my soul.”

The ‘Bad Guy’ singer lost 100,000 followers when she posted a photo of herself in a corset

With the release of her sophomore album, Eilish decided to debut a new look — something softer, more feminine. Her hair is now blonde, she sometimes wears pearly pinks and off-white satin. The vibe fits the sound of Happier Than Ever, dreamy and gentle while packing a punch. But some of the “Oxytocin” singer’s fans took the change as a personal affront. As Elle reported, one fan wrote on an Instagram post of Eilish wearing a corset: “The industry really changed you huh smh.”

“People hold on to these memories and have an attachment. But it’s very dehumanizing… I lost 100,000 followers, just because of the boobs,” she said, laughing. “People are scared of big boobs.”