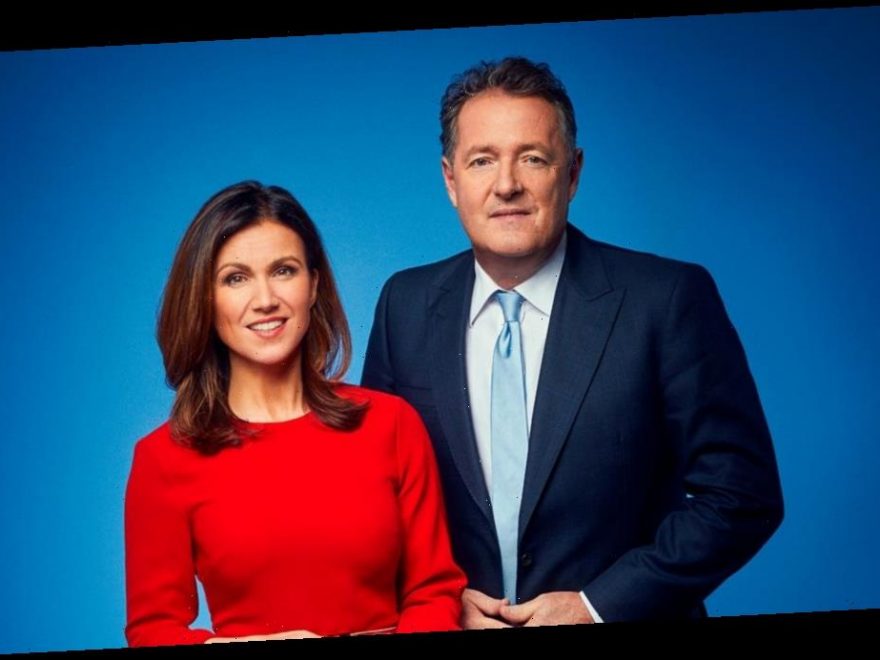 The TV co-hosts had been at the helm of the ITV breakfast show for almost five years before Piers stormed off set and later handed in his notice – following a live bust up with weatherman Alex Beresford.

Susanna, 50, emotionally addressed GMB viewers the day after her partner's swift exit, with fans believing she had been close to tears.

However, body language expert Judi James has since told the Daily Star that Susanna could have a good "poker face".

With Piers, 55, and Susanna's relationship fully under the microscope at the minute, we discover what life had really been like behind closed doors for the famous pair.

Got each other's backs

Both Piers and Susanna have each in turn been "brutally honest" about their thoughts and feelings towards one another.

In spite of the constant savage digs thrown around on the show, Susanna explained in the past that they still had "got each other's backs".

Piers also sang from a very similar hymn sheet, praising their friendship both "on-screen and off."

He told the Mirror: "I feel like Susanna and I had each other's backs during some very difficult shows.

"She's brilliant and I hugely value our often brutally honest friendship, on-screen and off."

Back in 2015, Piers waltzed onto the GMB set seemingly thinking he was the star of his own show which could have blown smoke in Susanna's direction.

She had also become a victim of vile trolling following things Piers had controversially said which only added further fuel to the already burning fire.

Four years later, it emerged that the on-screen husband and wife had actually had a tiff quite early on their career which Susanna squashed long before it had a chance to escalate.

Speaking about the instance, she told Mail on Sunday's Event magazine in 2019: "He is the most irritating man in the world, but I'm a professional.

"I can work with anyone, but it was a shock to the system, and I did find it difficult to sit there trying to be neutral in my opinions while Piers spouted forth about whatever he thought, and then I would be attacked for it."

Susanna took matters into her own hands to settle things away from the cameras after things got slightly tense between them.

She added: "I suggested we have a drink together to discuss things."

The TV duo, who have sat side-by-side for longer than five years managed to clear the air when they ventured out for drinks together.

What began as a night to iron things out, ended up with the pair enjoying a wild time in Soho, London.

At the time, Piers admitted that he and Susanna had both "behaved appallingly", spending the evening getting drunk in a swanky club together.

He said: "Basically we got drunk in The Groucho Club and behaved appallingly.

"Then we went off to a load of gay bars in Soho and got even more drunk.

"And everything got sorted out."

'Stoats in a sack' confession

The dynamic duo often air their annoyance for one another, which only seemed to stir up the rumour mill swirl even more.

In an interview in 2019, Piers did nothing to stoke out speculation, instead he fuelled rumours, telling the Mail on Sunday's Event magazine that things may be different if they had both been single.

Speaking about their relationship, the Life Story star explained: "What it is, is a forcibly arranged marriage.

"You spend hours together every day, you have to put up with each other, agree, disagree and bicker but you have none of the benefits of a marriage and none of the marital ways of relieving the tension."

However, Piers who has been happily married to his second wife Celia for over 10 years, made matters a whole lot worse after he told GMB viewers that Susanna couldn't resist him.

He blurted: "Well if we were both single we'd be at it like stoats in a sack," remarked Piers, but Susanna was having none of it.

To which his GMB wife swiftly remarked: "With other people, of course."

Piers had been left green with envy after his on-screen wife struck up a new romance with Crystal Palace chairman Steve Parish – a relationship that had been orchestrated by the former Mirror editor in the first place.

After playing Cupid he became jealous, claiming that three people in their TV marriage had become a crowd.

Teasing his co-star after she'd gone public with her new beau, he chimed: "We are all very pleased for you. There are now three people in this marriage. It's getting crowded."

"Are you slightly jealous?" quipped a very bashful Susanna.

Things didn't quite work out with Susanna's new flame and the pair parted ways after claiming busy working schedules had drove a wedge between them.

This week presenter Susanna told viewers that the breakfast show would be "very different" without Piers by her side.

Addressing her sidekick's permanent absence, she said: "He is without doubt an outspoken, challenging, opinionated, disruptive broadcaster.

"He has many critics and he has many fans. You will know that I disagreed with him about Meghan's interview. He himself clarified his comments about her mental health on the show yesterday.

"There are many voices on GMB and everyone has their say. But now Piers has decided to leave the programme. Some of you may cheer and others may boo.

"He has been my presenting partner, Monday to Wednesday, for more than five years and during Brexit and the pandemic and other issues, he has been a voice for many of you and a voice that many of you have railed against.

"It is certainly going to be very different but shows go on and so on we go."

According to reports and Twitter fans, Susanna was left in tears after Piers had thrown in the towel.