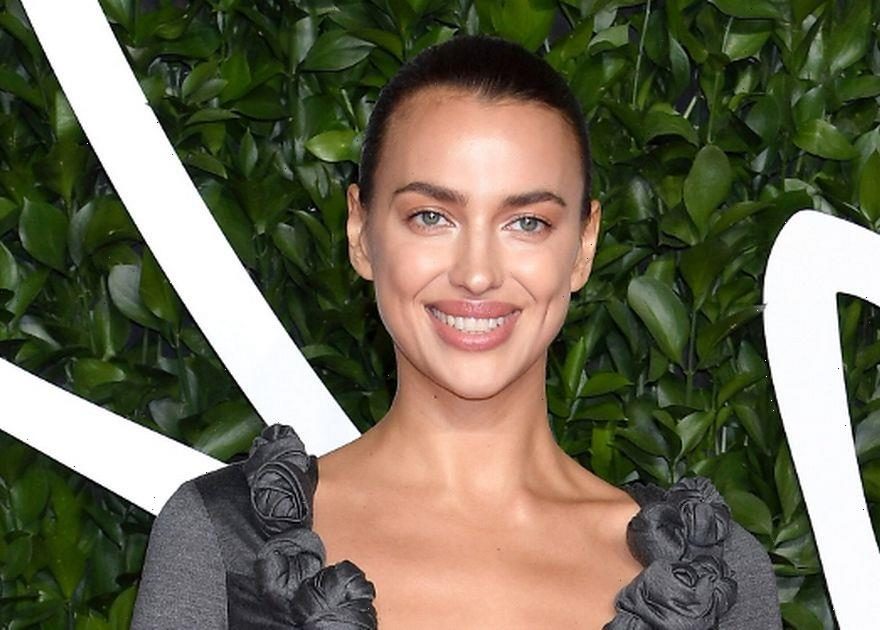 Using a graphic filter that overlapped the image of her body and neon green stripes, she wrote: “'Uh no… where is she going… [mirror emoji] thirst.”

The Russian model, 35, showed her figure off in a tiny black thong and neon green bra to her 15.7million Instagram followers.

She seduced the camera as she posed, arching her back and pushing out her bottom.

The professional model played with her long brown hair and chose to show off her natural beauty without makeup.

In another similar collage style picture she covered the bottom half of her face with her arm and wore a serious expression on her face.

Irina had to reaffirm that she was dating Kanye West this week as many were confused why she did not attend Paris with him.

Her and Kanye’s, 44, relationship was scrutinised a few weeks ago when an insider said they were "cooling off".

They told Page Six: “She likes him as a friend, but doesn't want a relationship with him.”

Meanwhile, according to PEOPLE, Irina was very "upset" by the "lies".

Another insider added: “Irina is so upset at the lies about her and Kanye.”

And they added that she may even feel “moved to take legal action to set the record straight".

But the source said: “They are very much still dating.”

Irina was not photographed attending a listening event at the Mercedes-Benz Stadium in Atlanta, Georgia on July 22.