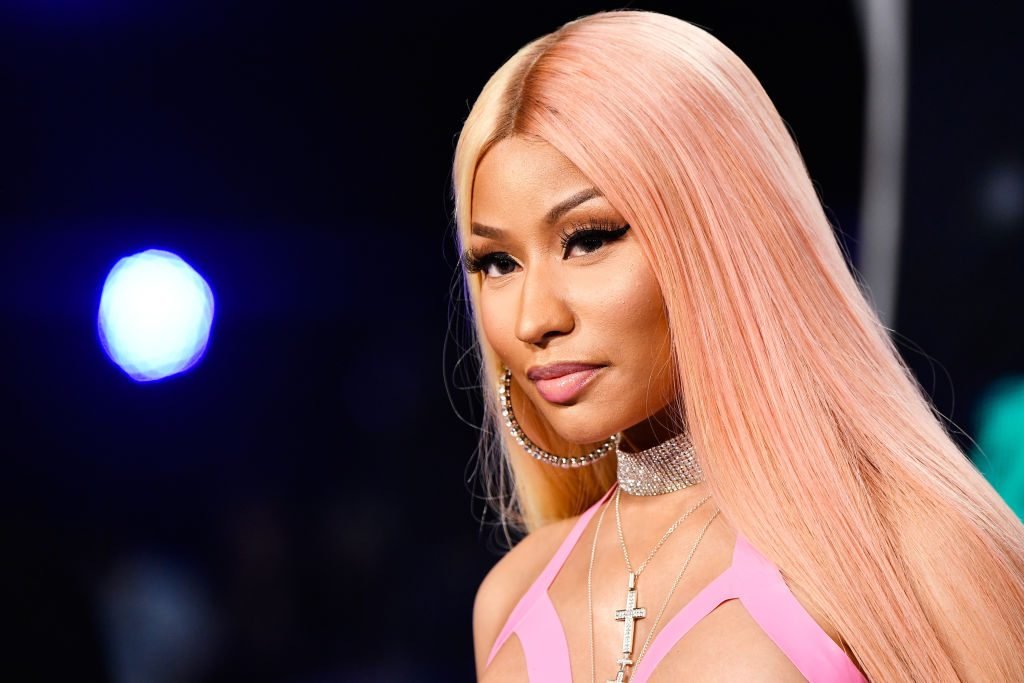 Nicki Minaj’s name is currently all over the news due to her upcoming performance in Saudi Arabia. But, that isn’t the only reason the Megatron singer’s name has been making its rounds. Minaj’s newest music video is also the talk of the town. To the untrained eye, it looks like any other of her sexy and sultry music videos, but a little bit of digging shows there’s a huge Easter egg sitting right in front of fans faces. One that is tied to the famous performer’s love life.

In honor of Minaj’s new tantalizing video, let’s take a look at the guys she’s dated over the years. Official guys only, which mean Drake and Eminem don’t make this list!

Not all Hollywood relationships are short. Minaj and Safaree Samuels had a very private love life that lasted twelve whole years. In fact, everything was fine up until the pair announced their long-standing romance on Twitter in 2014. Things spiraled out of control ending with both parties accusing one another of cheating. That’s not all though. The words liar and thief were also thrown around like confetti.

Ultimately, Samuels felt that Minaj only used him to help boost her fame. Once she trumped his rapping status, she ditched him. During an interview with The Breakfast Club the Love the Most singer shared his final thoughts on their demise as a couple.

Minaj was initially coy about her relationship with rapper Meek Mills, claiming they were nothing but friends. However, the illusion faded when he posted a very telling picture on Instagram of his lady love in April 2015. The post is gone now but the impact it left lives on in articles all over the internet.

“Find a woman that you think is strong enough 2 help you takeover the world! #richatheartandatpocket #imlucky.” – Meek Mills / Instagram

After Mills broke the ice, both rappers began sharing pictures on their social media accounts nonstop. Sadly the honeymoon phase quickly wrapped up, leaving both rappers single in 2017.

Minaj clearly has a thing for dating men in her circle. Next up was One Mic rapper Nas. The pair never fully acknowledged their relationship status, but they dropped hints like there was no tomorrow. On The Ellen Show, Minaj’s demeanor was a clear giveaway when she was asked to clarify her relationship with the New York-based rapper. Her response: They were enjoying sleepovers. The cute couple would also post identical pics on their social media pages.

While the two rappers never confirmed things with their fans, the media took their hints as truth. Reports confirmed that they split in January of last year.

Have you heard the name Kenneth “Zoo” Petty? Last December, Petty was convicted for attempted rape of a minor, as well as murder and manslaughter back in 2002.

That very same month was the first time the then 36-year-old rapper had shared pics of her new beau with her fans. The caption read: “Did you ever make it out of that town where nothing ever happens?… it’s no secret… that the both of us… are running out of time..”

To say the relationship causes controversy is an understatement, but Minaj wouldn’t be the only woman to stay with a sordid man. Perhaps it’s the fact that he treats her like a queen that has her wrapped up in rose-tinted everything. Or maybe it’s that they have a history together and go back to a time before Minaj became the buxom babe she is today.

“Every night when I get out of the shower, my husband takes this really good lotion that we just bought, and he massages my feet, and rubs them, and he rubs each toe individually, and the heel, and the ball of my foot, and he does it all. It’s just so sexy.’ – Nicki Minaj / Queen Radio

As if the sexy Instagram post and tell-all commentary weren’t enough, Minaj recently cast him as her on-screen arm candy in her Megatron music video. It serves as a reminder that the successful rapper is still head over hills for a childhood flame.