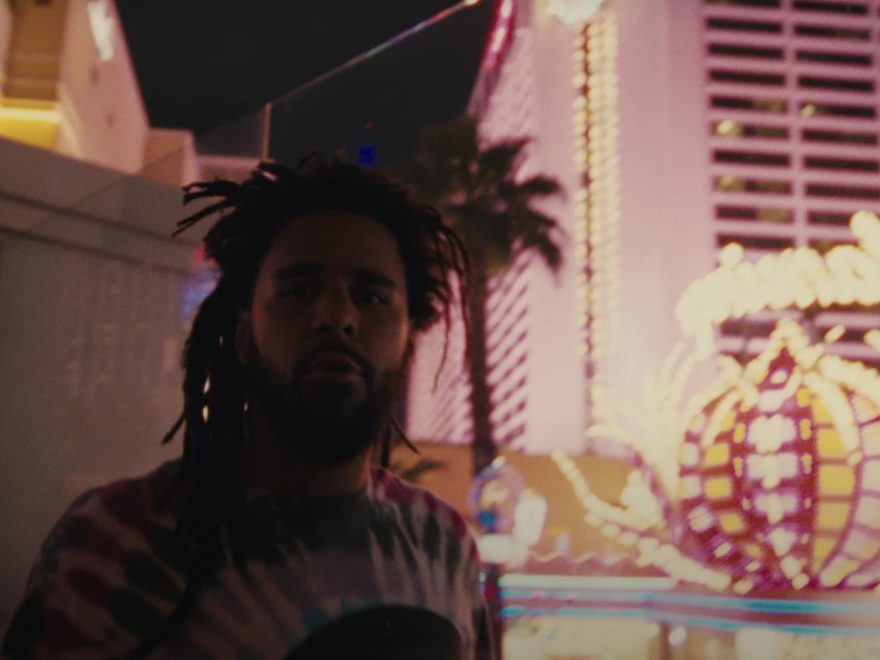 J. Cole has dropped the new video for his song “Heaven’s EP.” The track features beats from “Pipe Down” from Drake’s Certified Lover Boy.

The Simon Chasalow-directed clip follows the North Carolina rapper as he takes a ride on a private jet, hangs in Vegas at iconic landmarks, and chills in a suite.

“With every record I asked the masses to tune your hearts to me,” he opens the track that ponders his upbringing, current status and future goals. “But lately I’ve been questioning, second guessing, whether or not I’ve got something to offer since I done eluded poverty/Or has the money watered me down?that truth is hard for me,” he raps. Later he confesses: “Supposed to be relaxing, this passion makes that impossible.”

The track follows the release of his sixth studio album, The Off-Season, which he dropped in May. Over the summer, the rapper teamed up with Bas and Lil Tjay for the single, “The Jackie.”

J. Cole embarks on his ‘The Off-Season’ Tour featuring 21 Savage this weekend. It kicks off at FTX Arena in Miami on Friday and wraps at Rolling Loud California in December.