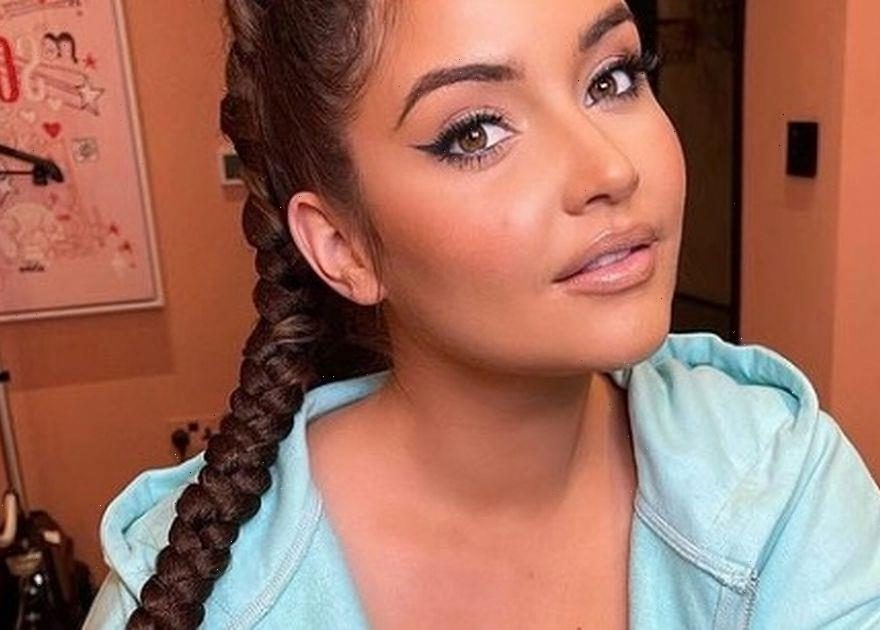 Jacqueline Jossa has showed off the results of her ongoing weight loss journey by posing for a sultry online snap.

The former EastEnders actress, who is married to TOWIE bad boy Dan Osborne, took to her official Instagram page before uploading the shot for her millions of followers.

Featuring a slow scooping neckline, the garment allowed the I'm A Celeb winner to tease her cleavage while keeping her modesty firmly intact.

Perching on the floor, Jacqueline teased her trim frame as she smouldered for the camera.

Gazing seductively down the lens, the actress pouted up a storm as she played with her long hair extensions.

Jacqueline completed her look by slipping into an unzipped baby blue jacket.

Alongside the shot, the starlet opened up about finding piece within herself while living in the spotlight.

The yummy-mummy wrote: "When you give people permission to not like you or to judge you, you will no longer take their opinions personally.

"Their opinions become none of your business because no matter what you do or don't do, you have no control over what someone else is."

Last month Jacqueline revealed how she's lost "over half a stone" but still wants to trim down even more.

The starlet is in the middle of a health kick which has so far seen her shed 8lbs.

During an impromptu Q and A session on her Instagram story, Jacqueline was as about her fitness journey.

Probed as to how much she'd lost, she said: "This week I haven't looked.

She added: "I have tried to be as good as possible. You guys know I'm on a bit of a healthy reboot plan.

"I think we're going to be fine. I still feel really good and I definitely haven't eaten as much crap as I would have during these times. So that's good isn't it."

Keen to stress she is doing it for herself and not for others, Jacqueline explained: "I'm on a weight-loss journey. Everybody is saying to me in the DMs that you look like you're losing weight.

"I am losing weight, I've lost over half a stone. I'm really happy, I've got a long way to go.

"But I'm feeling good, more confident and positive. It's changing my mood most importantly."