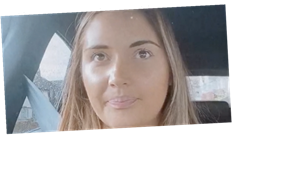 Jacqueline Jossa admitted to getting a "wake-up call" on Tuesday, as she prepared to vent about a gruelling week of work.

The 27-year-old, who prides herself on her down-to-earth and relatable Instagram content, took to the Stories feature of the platform to open up to her fans.

Sitting in her car as it lashed rain outside, Jacqueline looked visibly stressed as she exclaimed: "Hi, ugh… God! This week has been for me …. "

Suddenly, the former EastEnders actress was left distracted by a view outside her car window, as the winds whipped around her windscreen.

The soap star, who was crowned the Queen of the Jungle on last year's I'm A Celebrity… Get Me Out Of Here! had spotted an electrician repairing cables on the street, working hard despite the weather.

She said: "Oh there's a man on a… oh, that's quite dangerous in the rain. Looks like, you know when you're doing the wiring for like electrical and stuff?"

Looking humbled, Jacqueline added: "I wouldn't want to be up there. God, people don't half work hard in this world."

The mum-of-two, who is married to TOWIE star Dan Osborne, then confessed the incident had been a "wake-up call," as she reflected on her own lifestyle.

She said: "That was literally just a bit of realism. I was about to moan about how stressful life is when I've got such a good job, I get to see my kids…

"I get to do really fun things. That's a bit of a wakeup call there, hun. Could be worse."

However, making it clear she had the utmost respect for the electrician's graft, she added: "He probably loves his job."

Jacqueline has been working hard in recent months, with fashion launches galore and the release of her brand new tan range.

The London-born actress collaborated with In The Style for an inclusive and body-positive range of swimwear and loungewear, jetting out to Ibiza to shoot the collection.

On top of that, last week saw Jacqueline unveil her 10 Second Tan collection with B Perfect cosmetics, her skin glowing with a golden shimmer in the promo shots.

Feeling emotional after the launch of the cosmetic range on October 1, she gushed: "Wow I have no words. Thanks so much everyone.

"My tan is UNREAL. So happy and proud. Link is in my stories. Love you all so much."

A testament to her dedication, last month saw Jacqueline reach a whopping 3million followers on Instagram – bringing her to the highest tier of influencers.

She swooned: "WOW. You are all amazing, this feels so special.. Thanks so much to you guys, the day ones from back in my Enders days, to the newbies from jungle and those who have followed me in my life as a mum.

"I try to be as open and honest on here as I can – but still show some sass and glam when I can too. We have fun don't we?!"

Giving back, Jacqueline arranged a giveaway with her fans, sending the proceeds of the competition to The Lullaby Trust, a charity working to reduce the rate of sudden infant death syndrome and offering support to bereaved families.