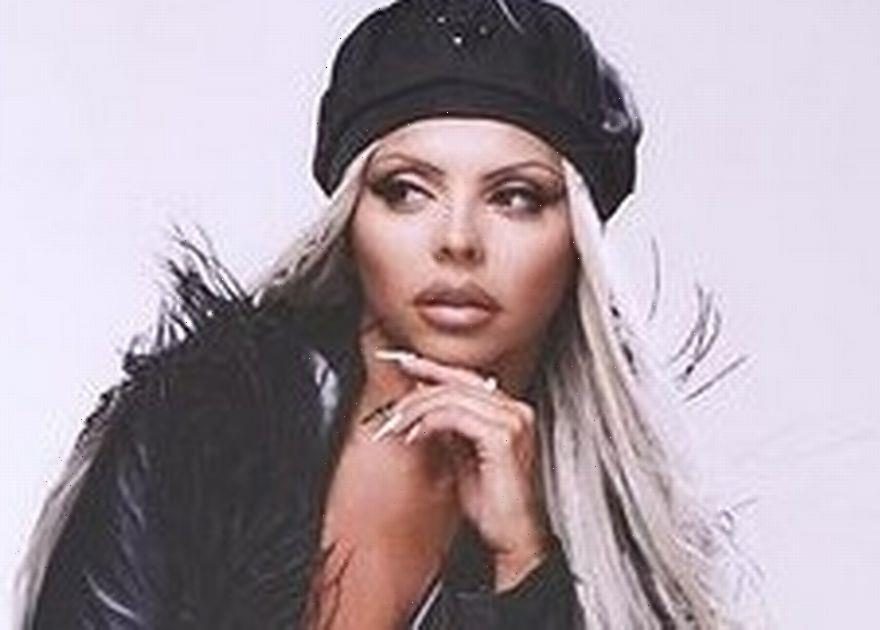 Former Little Mix singer Jesy Nelson, 30, posted a statement outfit to her Instagram page today as she showed off her famous figure to the camera.

She captioned the picture with: “I don’t want it if it ain’t bad enough.” to her 8.3 million Instagram followers.

Wearing thigh high Christian Dior boots that have the word ‘Dior’ written across each knee, Jesy’s designer outfit is far from ordinary.

Accessorising the statement boots with a leather beret, white hair flecked with black strands in between and the former girl band member wore a long leather and feather jacket with black leotard, revealing her legs and the designer Dior boots.

Posing resting her head on her hand and sat on a stool in a photography studio, Jesys brand new image looked polished, preened and ready.

Fans have been on the edge of their seats waiting for new music from Jesy ever since she announced she was leaving Little Mix on December 14.

Saying the band along with high-profile role had “taken a toll” on her mental health.

Her ex-bandmates, Perrie Edwards and Leigh- Anne Pinnock have since announced they have both welcomed children with their respective partners.

Leigh-Anne had twins with her footballer fiancé Andre Gray on 16 August.

Perrie gave birth just days later and announced she had given birth on 21 August with partner and football player Alex Oxlade-Chamberlain.

Neither of the band members have confirmed the sexes or the names of their newborn tots, leaving fans desperate to know all the details. Little Mix formed on The X Factor in 2011 and gone on to become one of the country’s best selling girl bands.

In November 2018 they left Simon Cowell’s Syco Music for their current RCA label.

Jesy’s departmenture from the band left them gutted but with no ill-feeling or bad blood between the women.