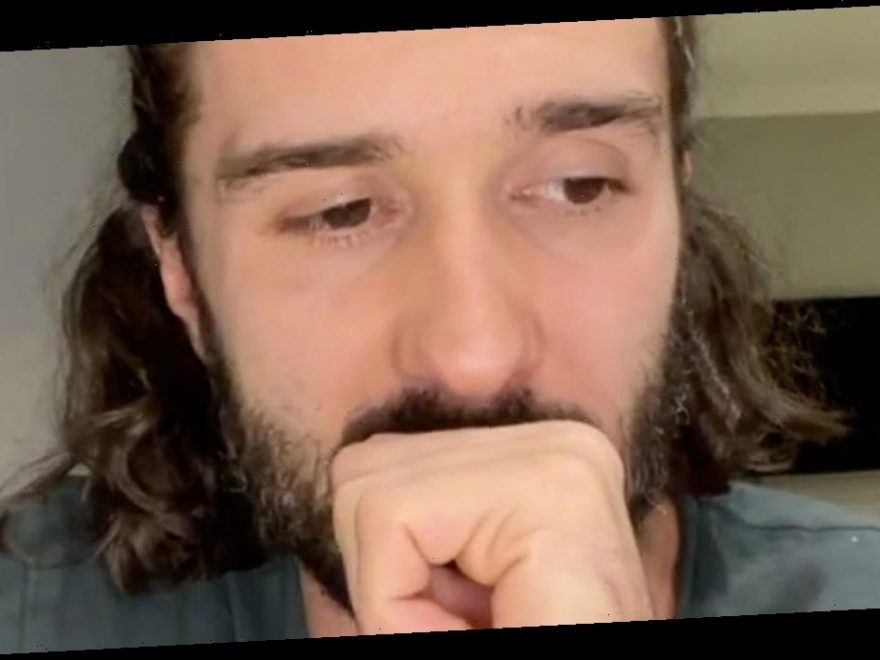 Fitness guru Joe Wicks broke down in tears as he talked candidly about "feeling low" in an emotional social media video.

Joe, 34, honestly revealed that due to his busy work schedule he hadn't given himself time to process the latest lockdown news.

The father of two told his 3.9 million Instagram followers: "I feel really sad, I feel really emotional for the first time I think.

"And I was listening to that Boris announcing again and its like we're back to square one almost.

"For me personally, I'm so emotional. I'm thinking about all the people out there that are struggling and that have got families and kids, living in tiny little flats, who can't afford healthy food and heating.

"I was one of those kids, I was living in a council flat 30 years ago when I was a kid. I was one of [those] people and I can't help but feel for these families and businesses that are struggling."

"You need to look after your mental health, you might just be in a low head space and have issues with your mental health and you don't want to exercise, it might be the last thing you want to do but it will get you through the day.

"I can't stress how important it is this year to be exercising and moving your body and going out, just do something."

The Body Coach star Joe became tearful again later in the clip as he spoke candid about exactly how he felt.

"I just want someone to talk to to be honest I just want to talk to you to see how you're all feeling, I know there's a vaccine but it just feels so far away still," he said.

"I don't have depression, I don't have anxiety but right now I feel so low and so down and I know it's a temporary thing, I know its going to pass and its a phase but there's people out there that are going to be feeling way worse.

"That's what makes me feel emotional right now, its the people that don't have someone to talk to that are lonely."

After sharing his message with his millions of adoring fans, Joe went on to reveal that his virtual PE classes for children and families would be starting up again.

He added that he hoped the fitness lessons will help everyone through the next few months.

After being sent hundreds of messages from his followers, Joe took to his Instagram Story to admit that he didn't expect to cry but he felt better for doing so.