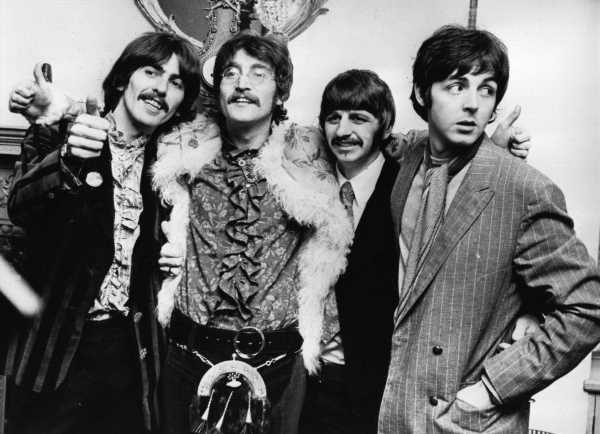 The Beatles’ songs contain references to their lives and the people they knew. For example, John Lennon used one of The Beatles’ later songs to say “hi” to his best man. Here’s how another celebrity inspired him to do that.

John Lennon used this song to thank his best man

The song includes the lyric “Peter Brown called to say/We can make it okay.” Considering The Beatles’ songs include many named fictional characters like Eleanor Rigby and Molly Jones, one might assume Peter Brown is a character. In fact, Rolling Stone reports he was the assistant of Brian Epstein, The Beatles’ manager. He was even the best man at John and Yoko’s wedding. In Lennon Remembers, John explained why he mentioned Brown in the lyrics of the song.

“I said ‘hello’ to Peter Brown in ‘The Ballad of John and Yoko,’” he said. “It’s just a way of thanking them. Because I learned things from Yoko in a way. They always dedicate their work, these avant-garde people, to each other, like this is for [the pianist] David Tudor and this is for that. And they’re great for the original, the whole book’s dedicated to all these men, and I wouldn’t let her put it in the real one. But now I understand it a bit.”

“The Ballad of John and Yoko” became a hit — even if it wasn’t one of The Beatles’ massive hits like “Hey Jude” or “I Want to Hold Your Hand.” “The Ballad of John and Yoko” reached No. 8 on the Billboard Hot 100, remaining on the chart for nine weeks. John would later title an autobiographical section of his book Skywriting by Word of Mouth after the song. The section discusses why he fell in love with Yoko and the outpouring of racism the Lennons faced from the public.

How Peter Brown felt about his association with The Beatles

Partially because of the song, Brown is mostly known for his connections to The Beatles. Rolling Stone’s Brant Mewborn asked him if he disliked being so well-known for that reason. “No, I really rather enjoyed it,” he said.

Brown explained how American react to his Fab Four bona fides. “It’s funny, because only since I’ve been in the U.S. has it been suggested that this or that happened because I was manager of The Beatles’ company,” he said. “And always my reaction is, ‘Well, how dare you think that!’ I suppose I certainly was lucky, but I just never thought of it that way. My ego has always been sufficient enough to think that I did it.” Thanks to “The Ballad of John and Yoko,” Brown will live on forever in the annals of classic rock.